Why a DPRK-Russia summit should happen in Vladivostok

After a couple of inconclusive summits with Trump, North Korean leader Marshal Kim Jong Un is now pivoting and meeting with Vladimir Putin in what is being dubbed the Kim-Putin Summit. While the current leader of the Democratic People’s Republic of Korea has quickly established much more of a willingness to leave the country than his father, the places that the summits are held have to tick a certain number of boxes and we think that Vladivostok might just be the right place for them to meet. 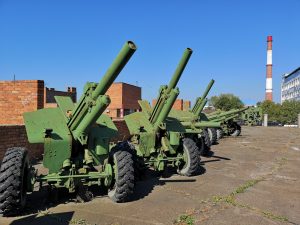 Like his father before him, Kim Jong Un does not take flights, which many have speculated is due to security concerns. It’s rapidly becoming a tradition of his to favour his personal train whenever travelling outside of the country – a tradition also favoured by his predecessors. There are only two railroads leading out of the DPRK, both in China: near Dandong or by Tumangang on the Korean-Russian border, leaving Kim with limited options. Tumangang connects to the city of Ussuryisk, which is only a few hours away from Vladivostok.

The summit could also happen in Moscow, as Kim could possibly take to the Trans-Siberian rails as we at YPT do yearly . He is also not one to shy away from mammoth trips, as indicated by his recent Pyongyang-Hanoi trip. Given Vladivostok’s proximity to the DPRK, however, it seems to be the city best placed to receive him.

Vladivostok is one of the few cities, along with Beijing, Shanghai and recently Hanoi, which has regular flights from the national North Korea carrier, Air Koryo. If Kim were to break his habit and fly back to the DPRK, he could do so with the already authorised routes of his national carrier and take the direct Vladivostok-Pyongyang flight.

While China and North Korea have very good relations and China is certainly able to guarantee Kim’s safety whilst he’s in the country, officials of the DPRK might also fear for Kim’s safety were he to spend six days traversing Siberia. But convenience and safety are not the only reasons Vladivostok might be a sound choice.

The significance of taking the train

One of the great mooted projects that would happen in the event of Korean reunification is the restoration of the train line between the North and the South, which could eventually also lead to the South being connected by rail to Russia, Mongolia and China – something from which all the aforementioned nations would benefit greatly. Having the leader of the North riding what would eventually be an economic artery between Moscow and Seoul would carry strong symbolic meaning.

It is important for Kim Jong-Un to promote economic reforms and be seen as an agent of change. The special economic zone of Rajin-Sonbong – or RaSon – is a place where North Korea experiments with the free market. Heading to Vladivostok by train would involve stopping in Rason, which is the last city before Russia. During this pitstop, Kim Jong-Un could do some of the visits the leaders of Korea are known for and provide on-the-spot advice to the different industries of the SEZ. Russia and countries of the Commonwealth of Independent States are some of the prime investors in Rason and it would just make sense for Kim to check in here before visiting Putin.

The significance of Vladivostok 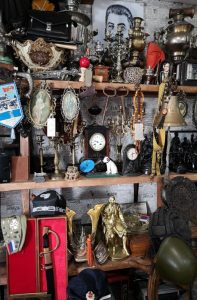 If economic ties between the DPRK and Russia were to strengthen, most of the action would probably take place in Vladivostok. As the easternmost port of Russia, Vladivostok has always had ties with East Asia – ties that Moscow or any other city of Russia just don’t have.

Vladivostok is an important trading centre with China and South Korea, and its university trains some of Russia’s best specialists in the Far East, such as interpreters and economists. Vladivostok, along with Seoul and the Chinese city of Yanji, has the highest concentration of DPRK specialists in the region.

Vladivostok also has one of the most important DPRK consulates in the world, which might also be a place Kim is interested in visiting.

Vladivostok is also a very important tourist stop for South Koreans and, if he missed home, Kim could certainly stop by the Pyongyang restaurant operating in the city.

With the summit happening imminently, it seems chances are good that it will happen in Vladivostok – and as enthusiasts of the city, we certainly hope that it does and provide a valuable boost to the profile of this under-visited city!

To make the journey yourself, why not join our Moscow to Pyongyang tour?

.
< PREVIOUS
News: Eritrea unilaterally closes land borders with Ethiopia
NEXT >
How to get from China to Mongolia Overland