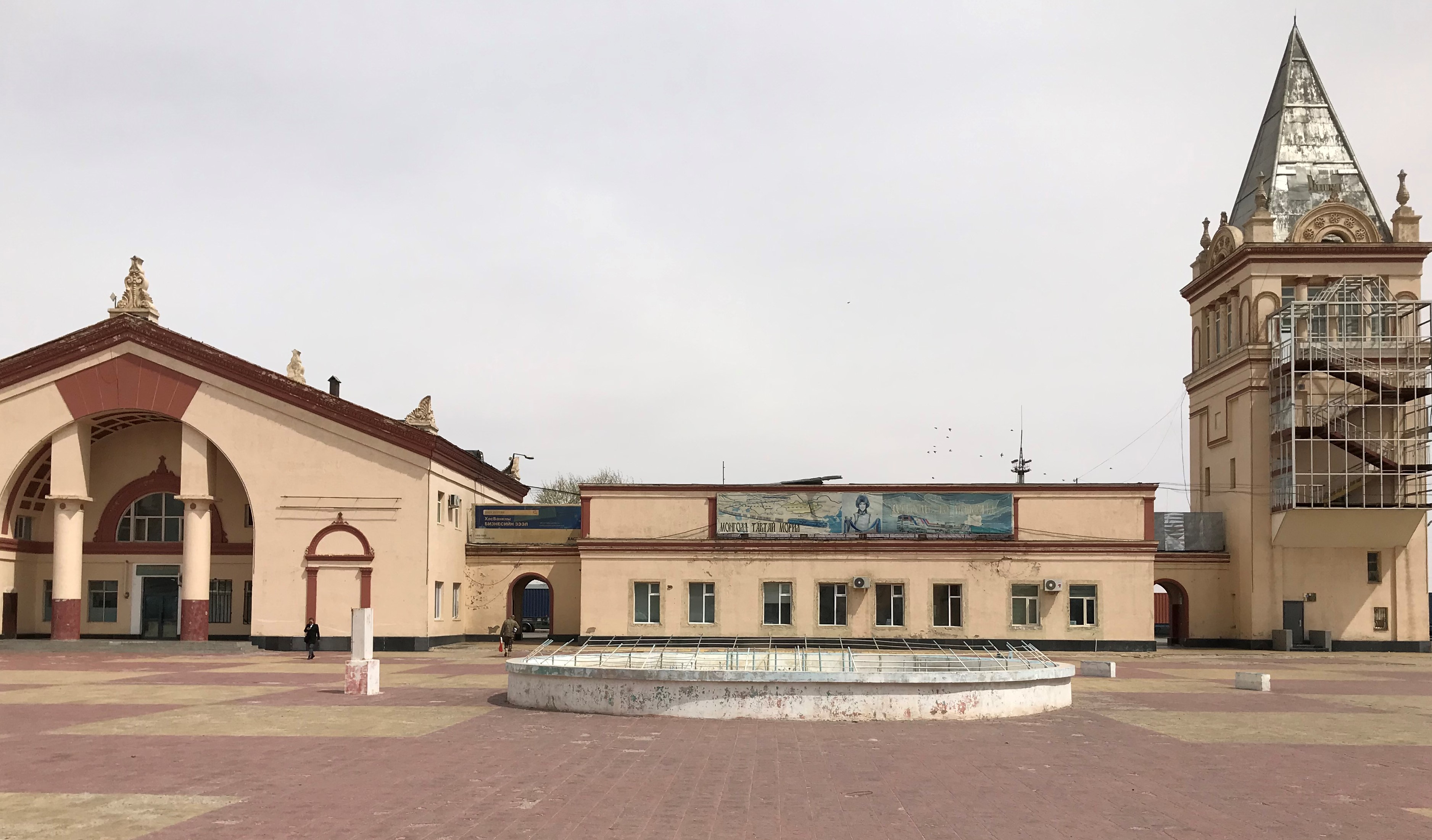 How to get from China to Mongolia Overland

Ever since I’ve been in China, I’ve held a preoccupation with the frontiers of this vast land. These are the places where the tidal wave that is mainstream Chinese culture washes against the shores of the other, the minority, the strange – and it often yields some of the most interesting and unique landscapes in China.

Landing in Erenhot, a city of 75,000 straddling the border of China and Mongolia, you would not necessarily know whether you were soaring over land or a darkened ocean. The expanse of the Gobi desert lies still in the darkness. The road from the airport to Erenhot — also known as Erlian or Erlianhaote — stretches alone in the darkness, the red blink of wind turbines flickering in the distance. If you look closely, you may even see a dinosaur silhouette or two in the roadside shadows.

Those of us here at YPT have a special interest in borders and the human movements that they facilitate; in fact we even have an entire tour devoted to just that. Here’s how to get from Erenhot, China, to Zamiin-Uud, Mongolia.

Firstly, Erenhot is not your typical Chinese city. You won’t find the austere high rise apartments that now feature in most Chinese cities, just low-lying shops graced with an assortment of languages. It has a palpable “wild-west” kind of feeling that quite frankly sent a tingle of excitement down my spine.

To commence your journey to Mongolia. You’ll make your way to “Dinosaur Square” where you’ll find dozens of Russian Jeeps parked across the road surrounded by mingling Mongolian merchants – these are to be your chauffeurs, albeit with a flare of provincialism.

They are usually Mongolian nationals, tasked with carrying goods from China over the border to Zamiin-Uud, which will then likely go onto Ulaanbaatar and into Russia. That of course, does not mean they won’t be happy to take you along for the ride. Depending on your bargaining skills and Chinese ability (less is more) you’ll pay anywhere from 40-100 RMB. Once you’re in the Jeep, get acquainted with your companions and enjoy the ride.

You’ll soon arrive at China customs, where your chauffeur will drop you off to clear customs on foot as they take their goods through. Once you’re through, they’ll pick you up and drive you down the long desert road to Mongolian customs. This is the most riveting part of the voyage from China to Mongolia.

The first thing you’ll notice is the script. Because Mongolia was a Soviet client state for nearly 70 years, it absorbed many political and even some cultural mores, the most evident being the Cyrillic text.

The customs house on the Mongolian side looks as though it hasn’t been touched up in decades, which indeed adds to its allure for all you aficionados of Soviet nostalgia.

Once you’ve breached the land of the horse lords, your chauffeur will meet you once more and drive you down the 10 km road to Zamiin-Uud, a town of 11,000 people.

Tourism in Mongolia is not exactly an industry. For most travelers, this dusty, sandy and brisk Mongolian backwater would merit disdain. However, for me, and I expect for many of the YPT faithful, the feel is quite interesting. The air feels decidedly Soviet; think sandy Siberia. Low-rise block apartments rise around Pripyat-esque playgrounds and makeshift brick boxes.

Before you come from China to Mongolia, something to be aware of about Mongolia is that it is the least densely-populated country on earth – by far – with about 2 people per kilometre. Until the advent of mass collectivization and urbanization, the population lived a largely nomadic lifestyle. The local festivals and customs reflect this.

The main square of Zamiin-Uud, Mongolia presents no more than rusted poles stripped of their flags, food stalls purporting to sell Mongolian beef that look like they were closed circa 1978, a former fountain and a train station that again looks, completely derelict. However, it is far from out of use. In fact, this little town is actually a stop on the mighty Trans-Siberian. Indeed, this little station will welcome anyone lucky and brave enough to attempt the ultimate overland trip from Beijing to Moscow — a voyage we invite you to join us for on our Eurasian Adventure Tour.

Crossing back into China — if that is your chosen path — you will likely be gripped by the same feeling that I was. An acute awareness that you’re now crossing from a country of 3 million to 1.5 billion. These vast, empty plains will eventually fade into mega-cities of lights and concrete as far as you can see. I left Mongolia with a deep interest and desire to explore this country further; I think you will too.

That is how to get from China to Mongolia. This summer, you’ll be able to do so in the most comprehensive way possible with our Mongolia Naadam Festival Summer Wilderness Tour and our Mongolia Naadam, Baikal and Buryata Tour, which will take you the length of Mongolia and feature the most important Mongolian places and events; don’t miss it!

.
< PREVIOUS
Why a DPRK-Russia summit should happen in Vladivostok
NEXT >
Top 7 North Korean Snacks