100 years ago today arguably the biggest event of the 20th century took place, Russia’s October Revolution. Under the leadership of Vladimir Ilyich Lenin, the Bolshevik Party took power from the Provisional Government. It then started the chain of events that led to the founding of the USSR; The civil war and the beginning of the 20th century’s defining battle, the Cold War between the USSR and the USA.

In 1922 the Soviet Union was formed and eventually comprised of 15 different Soviet Republics. It had its hand in the formation of communist regimes in China, North Korea, Cuba and other countries all over the world.

100 years later, here’s YPT’s comprehensive guide to the state of the Post-Soviet World.
We all know about country collectors, but how many of these independent or unrecognised countries have you been to? 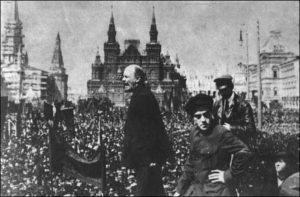 From Lenin and Stalin to Gorbachev and Yeltsin, Russia is where it all began and where it all ended. After suffering a total collapse of its economy in the 1990s and conflicts in Chechnya and Ingushetia, Russia under the leadership of Vladimir Putin is growing once more onto the world stage.

But the legacy of the Soviet Union remains everywhere, whether it’s Lenin lying in state in Red Square or the remains of Soviet-era gulags like Magadan,you’re never far from the USSR. 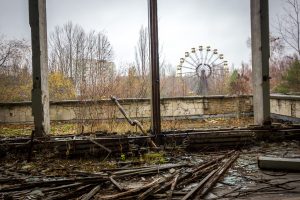 Since the fall of the USSR, the Ukraine has slowly been torn between its Western-leaning government and Eastern-leaning regions of the Donbass and Crimea. This led to a popular uprising known as Euromaidan then civil war. This lead to the separation of the newly formed Donetsk and Luhansk People’s Republics and the annexation of Crimea by Russia.

Oh, and it was the site of the worst nuclear catastrophe in human history, Chernobyl. The effects of this can still be seen today and will still be a long time into the future. 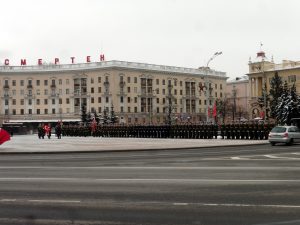 These two countries both became independent with the dissolution of the USSR and things are kind of ticking on as before.

Belarus is sometimes referred to as ‘the last Soviet state in Europe’ due as much to the continued state control over the economy as much as the style of leadership of its president, Lukashenko. It remains relatively hard to get to but the city of Minsk is one of the most vibrant in Europe.

Moldova, by comparison, is more open but remains the least visited state in Europe, a largely forgotten part of the continent that is best known for its breakaway Republic of Transnistria. Moldova is, however, a Soviet-watchers paradise and also home to some of the best wineries in Europe.

Three of the first states to declare independence from the Soviet Union were Estonia, Latvia and Lithuania. These have some of the highest standards of living in the former Soviet world. And, of course, the only three Post-Soviet states to join the EU.

There are sizeable Russian minorities however and the Russian territory of Kaliningrad lies just on the other side of Lithuania. With a resurgent Russia and an unstable EU who knows what’s in store for the Baltic states.

The Caucasus – Armenia, Georgia and Azerbaijan 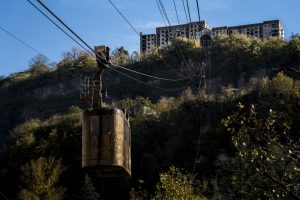 The South Caucasus has been one of the most contested areas since the breakup of the USSR. The Nagorno-Karabakh War between Armenia and Azerbaijan led to the breakaway state of Artsakh, and the War in Abkhazia led to another breakaway state.

But all three countries have lots to offer in terms of hospitality, food and stunning scenery, and of course Soviet-era architecture and kitsch, including the amazing Georgian cable car built in the Stalin era and still running today. 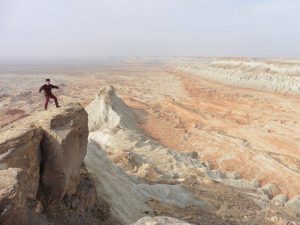 The least well remembered but possibly one of the most interesting parts of the old Soviet Union is Central Asia. Stalin’s ethnic planners came up with the borders. Thus, each ‘Stan is geographically, culturally and ethnically distinct, though often with a sizeable Russian minority.

Kazakhstan is the biggest and possibly most famous, thanks to a certain movie, and is resource rich and under the leadership of President Nazarbayev, as it has been since 1991. Kyrgyzstan has struggled with ethnic tensions and weak government and Tajikistan suffered a civil war that went on until 1997 and is only beginning to find its feet now.

The ancient land of Uzbekistan is still in a transitional period after the death of its long-term ruler Islam Karimov in 2016. And Turkmenistan remains the least open of the ‘Stans with a smaller number of tourists each year than visit North Korea! 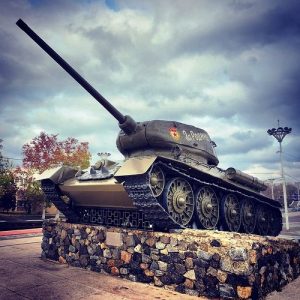 Nagorno-Karabakh is possibly the most famous, fighting a war to break away from Azerbaijan. They negotiated a peace settlement in 1994. The region remains a frozen conflict zone that sometimes still erupts into hot conflict.

South Ossetia also fought an independence war from Georgia when the USSR fell apart and again in 2008, and is recognised by Russia, Nicaragua, Venezuela and Nauru as an independent nation. Getting there remains only really possible through Russia.

Abkhazia too was recognised as independent by Russia after it too fought a war for independence from Georgia, so became a partially recognised country.

And last but by no means least, the Pridnestrovian Moldavian Republic, or Transnistria fought a war for independence from Moldova. It remains one of the most famous unrecognized countries, sometimes described as the ‘last Soviet state in Europe’ or the place that never heard the Berlin Wall had fallen. If you want to see a Soviet-style military parade this is the place to go!

You can, of course, visit any or all of these post-Soviet states with YPT.

Contact us here to book up your place now!