How to Visit The Worlds Biggest Arms Fair

The decade that has preceded 2018, has turned our current world into a dangerous and uncertain place. 2010 witnessed the Arab spring, a revolutionary wave of violent demonstrations, protests, riots, coups, foreign interventions, and civil wars which lead to the overthrow of the Gaddafi regime, civil war in Syria and the dissolution of the Mubarak regime in Egypt. 2014 saw ISIS rampage through Iraq and Syria, seizing vast swathes of territory which resulted in unprecedented terror attacks throughout the Middle East and Europe. 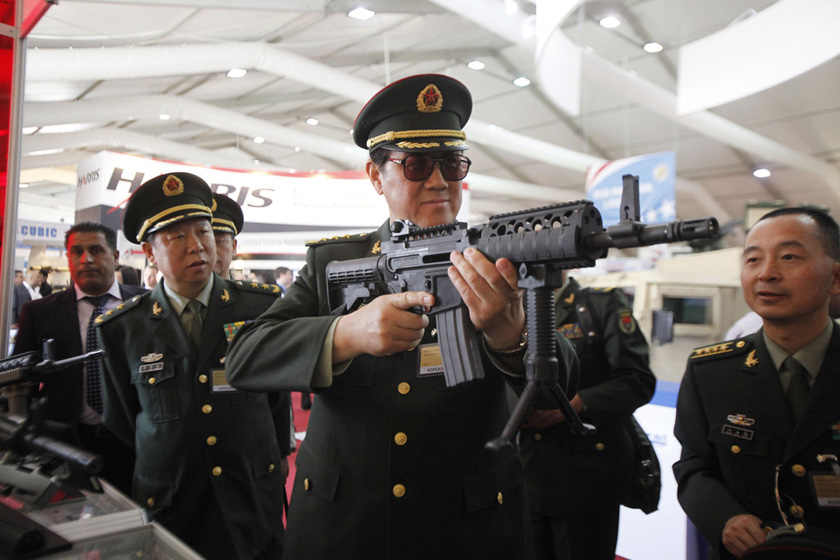 Manifestations of a dangerous world can be seen in many places, however, not many come close to the SOFEX arms fair, held in Jordan every two years. This is the place where those who are generally happy to remain out of sight, come to see and be seen. This is one of the biggest arms fairs on the planet, a Comic-con of killing machines if you will, a place of networking for military generals and commanders from over 50 countries, with a healthy sprinkling of warlords and dictators making an appearance or sending their representatives. Here you can buy anything from a pair of the latest special forces grade footwear to a Russian attack jet.

This is the place where those who are generally happy to remain out of sight, come to see and be seen.

Every two years, thousands of weapon hungry attendees flock to an air base in the Jordanian desert for SOFEX. The show is opened with a ‘’show of might’’ by the Jordanian royalty, usually in the form of an action-packed special forces display, dropped in from the air and followed by the mock liquidation of a terrorist group, or if they’re feeling lazy they’ll just fire a mass array of ground trembling artillery. Once everyone is sufficiently hyped, the show kicks off! 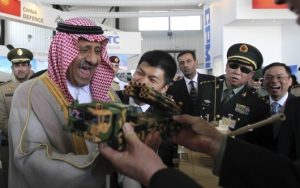 Outside in the Middle Eastern heat, are an array of the latest vehicles, aircraft, vessels, and drones available on the market. All capable of starting an international conflict and all up for sale. Inside are a vast array of stalls, offering anything from pistols to surface to air missiles. The sights inside and out are unique. You will see Ukrainian army officers and generals scouring for new allies and weapons whilst glaring enviously at the stands of Russian weapon manufacturers swamped by Kalashnikov hungry customers. You will find US army officers and generals examining Chinese made Norinco missiles and discussing how they were used by insurgents against US troops in Iraq and Afghanistan.

The SOFEX arms fair is downright bizarre, a surreal and murky world, but an experience like no other. But getting inside is not easy, it requires permits and vetting and you must be a member of government or part of an international company related to the arms industry.

YPT are proud to announce our inaugural tour there in May 2018 and we can get you inside.

Join us for an adventure into the global marketplace of death and destruction!

.
< PREVIOUS
How To Get A Visa For Afghanistan
NEXT >
Soviets in Space – Baikonur Cosmodrome