What is Nowruz? If somebody talks about New Year, your mind probably goes to January 1st. However, all around the world many other populations count years differently. For us at Young Pioneer Tours, Chinese New Year – or Spring Festival – is of great importance. For our tours of the ex-Soviet Union, it is also important to know about Russian Orthodox New Year. Another very important new year’s celebration is the lesser-known Nowruz. 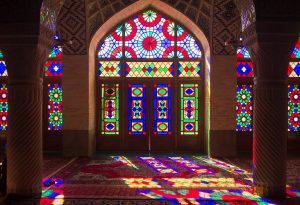 Nowruz is a New Year celebration that has been going on for ages and has its source in Zoroastrianism, a religion related to Yezidism which was founded in Iran. While it has drifted from its roots to fit the needs of a now-predominantly Muslim country, the celebration is still an integral part of Iranian culture. Nowruz is also making a come-back around the world, having been reintroduced in former Soviet countries where its practice was banned.

In Iran, Nowruz is an extremely big deal. Iranians have a national holiday of around a week to mark the festival, but the celebrations actually last for thirteen days. Imagine New Year, Halloween and Thanksgiving all rolled up into one holiday, lasting for almost two weeks.

Spring cleaning in preparation for Nowruz guests is a very important tradition in Iran. People make sure their homes are sparkling clean and then make shorts visit to their neighbours and relatives, as well as their families. Younger friends and families will first visit their elders, followed by a later visit by the elders. Small snacks and tea are usually part of these visits. 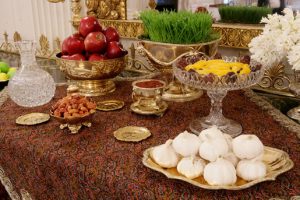 Another typical tradition of Nowruz is the Haft-Sin. The Haft-Sin could be compared to a Christmas tree, but instead of being a decorated tree in the house, Iranians arrange a table on which they put different foods which names all start with the Farsi letter س (sin), These ingredients include sprouts, a kind of sweet pudding, Persian olives, vinegar, apple, garlic and sumac. The ingredients are left on the table and symbolize hope for the coming year. Other items can be added to the table and it is not rare to find a Quran or another important religious book there nowadays.

Is the Persian New Year spelled Norouz, Nowruz, or Nauruz?

There are many different transliterations to Nowruz! Wikipedia doesn’t really answer the question either. We personally go with the Iranian Nowruz. The Kurds say Newruz and as we run a tour to Kurdistan at this time we will also accept that spelling! Regardless of how you spell it, it represents thef first day of Spring, AKA Persian New Year.

Nowruz falls on the March Equinox, which usually happens around the 20th of the month (as it was in 2020). But the celebrations truly start with Charshanbe Suri on the Wednesday before, when Iranian set the skies alight with a whole arsenal of fireworks and firecrackers. Another tradition is to jump over a bonfire. The celebrations end with Sizdah Bedar, where people start playing pranks on each other and go for picnics.

Nowruz has at least as many countries celebrating it as it has ways of being spelt in English (Norooz, Nawrouz, Newroz, Novruz, Nowrouz, Nawrouz, Nauryz, Nooruz, Nowruz, Navruz, Nevruz, Nowruz). It is celebrated in some form in every country which fell under the remit of the Persian Empire, most notably Iraqi Kurdistan, Iraq, India, most of Central Asia, the Balkans and the Caucasus region.

Each of these countries have their own ways of celebrating. For instance, Azeris celebrate Charshanbe Suri every Tuesday of the month before Nowruz. In Central Asia, such as in Kyrgyzstan and Tajikistan, the celebrations of Nowruz end with nothing less than matches of dead goat polo. In Iraqi Kurdistan, a long procession of torch-bearers trek through the mountains.

With such a wide variety of celebrations and an ancient culture, it is a pity that Nowruz is not better known! Maybe its nomination as an ‘intangible culture heritage’ from UNESCO will help it gain interest around the world.

How do Kurdish people celebrate Newruz?

Kurdistan is vast region that houses the often marginalized Kurdish people. It is split among many countries, such as Armenia, Turkey, Iran and Iraq primarily. The Kurdish people are majority Muslim, but also include Christians, Yazidi and Zoroastrians. 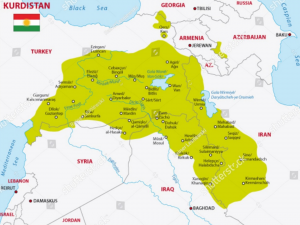 Regardless of religion, Kurds celebrate Persian New Year in a big way.  In some respects it is viewed even more importantly by Kurds than in even Iran. This has political overtones, but is also seen as a uniting factor by the Kurdish people at home and abroad. 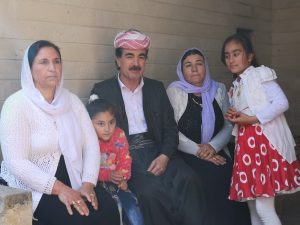 Celebration wise, it is not all that different from Iran and what we have previously described. One big difference in Kurdistan as opposed to Iran though is that you can see the new year in with a drink. Who doesn’t like that?

For 2021 (and hopefully beyond) we have planned a tour to Iraqi Kurdistan to coincide with Newruz. Obviously with the world as it is things may change. We are though hopeful it will take place.

When is Nowruz? March 20th 2021 and you can see it i with YPT click here to check out  the itinerary. 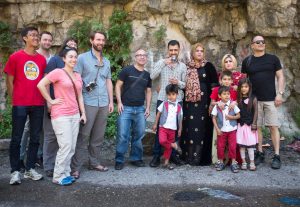 .
< PREVIOUS
Victory Day Parades in the former USSR
NEXT >
How to visit North Korea