Does travelling to Socotra count as having visited Yemen?

YPT’s extensive look at the rules of country collecting generated a lot of interest and debate amongst our Pioneers, and there is one question that people were keen to argue about. 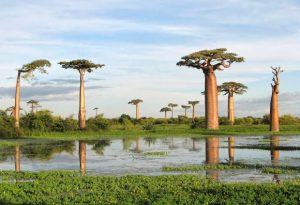 Does visiting Socotra, the main island of which lies 380kms away from the Yemeni mainland, count as having visited Yemen?

So, let’s try to get a bit deeper into this question.

We are not fans of this argument. Firstly, it may be true but it is not quite unique. Malabo in Equatorial Guinea is closer to Cameroon than it is to its own mainland, yet it’s still the capital city of its country. And we think anybody who would say I have been to Tasmania but not to Australia would be mad, as well as anybody who said they had a good time in the UK on their holiday to Bermuda. So, distance might play a role but we don’t think it’s the deciding factor.

And as for ecosystems, well, based in China, and being frequent visitors to Russia, we don’t think different ecosystems have anything to do with what makes a country!

YES – Socotra is officially and legally part of Yemen

By all intents and purposes, Socotra is Yemen, you get a Yemeni stamp on your passport and if you look up the United Nations list of members you will find that Yemen is there, and Socotra is a part of Yemen. I guess, just look at a world map.

This may be true to a great extent, but as far as we can see there is no movement for declaring independence or secession, so it’s not exactly the Donbass and a potentially unrecognized country or soon to have its sovereignty handed over.

And a region being economically, culturally or politically influenced by another country doesn’t make it part of that country, or half the world would be part of the US, and in another few decades probably part of China.

The YPT conclusion, therefore, is that yes, Socotra is part of Yemen and visiting Socotra counts as visiting Yemen

Counter-arguments are, we think, unsustainable, and without a viable movement for changing sovereignty or declaring independence Socotra is very much, and for the foreseeable future, part of Yemen.

At present Yemen is engulfed in civil war and is part of a wider power struggle between Saudi Arabia and Iran. It is, of course, impossible to visit the Yemeni mainland as a tourist at this moment in time. There are also no flights to Socotra.

And visiting Socotra is difficult, but with YPT not impossible.

.
< PREVIOUS
Is it safe to travel in Xinjiang?
NEXT >
Strangest Olympic Sports