This tour coincides with not only the Transnistrian Victory Day celebrations, but one of the only Soviet-style military parades left in Europe! Officially known the Pridnestrovian Moldavian Republic (PMR), and often referred to as the last of the Soviet Union – Transnistria is one of the four unrecognized countries and frozen conflict zones that litter the regions of the old Soviet Empire.

The trip begins in the wonderful city of Bucharest which is serviced by a number of low cost airlines. During the day, we will see Ceausescu’s grave and palace before jumping on the scenic train journey to Chisinau, Moldova: the least visited country in Europe. After a one day city tour and a night in a Soviet style hotel, we head for the highlight of the trip, Transnistria, Tiraspol and a big old fashioned military parade!

We end the trip by heading back to Chisinau and jumping on the train back to Bucharest together. 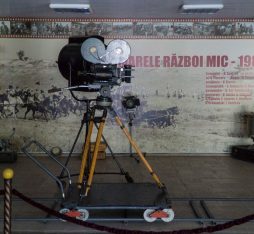