One of the perks to working in North Korean tourism is easy access to the many publications of the DPRK, rarely read by foreigners or made available online.  We’d like to begin to regularly share our favourites with you; so for you to enjoy, here is an unedited excerpt, taken from the book “Anecdotes of Kim Jong Il, Part 1”. 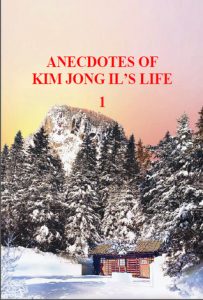 The following happened one day in August 1967 when Kim Jong Il was on his way to give on-site guidance in South Hamgyong Province, in the eastern part of Korea. His car was passing a mountain spur on the east coast, when he told his driver to stop for a short break.

He gazed at the seagulls hovering over the billowing sea for a while and then asked his entourage if there was a way of catching a seagull.

“With a rifle,” the official answered.

“With a rifle? The easiest way, but….” He trailed off.

The officials accompanying him wondered why he needed a live seagull.

He said to them: A few days ago I visited Hamhung Zoo in the South Hamgyong provincial capital; there were many visitors, but not so many animals. Although the seagull is not a rare bird, I want to send a live one to the zoo as a memento of my recent visit.

The officials wracked their brains. Eventually one of them came up with a solution, using a rifle.

With a smile on his face, Kim Jong II said he was of the same opinion.

How could he possibly catch a seagull alive? wondered the officials.

He explained to them: In general, birds are cowardly creatures and so fearful that they cannot fly off immediately after being scratched by a bullet; the way to catch them alive is to exploit this weakness.

Knowing that he was a fine marksman, the officials urged him to shoot. Loading a rifle, he approached a cliff where some seagulls were sitting.

But the seagulls flew away. Saying he would have to take a long shot, he fired at some seagulls sitting on a distant cliff. The seagulls flew off—all except one which fell back onto the cliff. Cheering, the officials ran to the cliff and fetched the large seagull. Kim Jong Il examined the wings and legs and felt the feathers to find out where it was wounded.

It had a slight scratch from a fragment of a rock that had been blown off by the bullet.

He told the officials to send the seagull to Hamhung Zoo.

.
< PREVIOUS
What’s it Like to Visit North Korea?
NEXT >
Not Your Average Beer Festival – Taedonggang Beer Festival Returns to Pyongyang in 2017