Is it safe to travel to South Sudan?

At YPT, our mission is to take you safely to places your mother would rather make sure you don’t go. We believe in what we do because through travel,  you get to see for yourself different situations around the world without the filters of the media. Some places we go to have more risk than others and South Sudan may, initially, seem like a rather scary place. This doesn’t mean it’s necessarily a dangerous place, however.

Is it safe to travel everywhere in South Sudan? The answer is no. There are clearly parts of South Sudan where strife is very much ongoing and foreigners can easily become a target. One does not go to South Sudan and start roaming it freely. There are parts of the country however, which have stabilized recently and can offer you a safe window into the country.

The most important thing to travel in South Sudan is to find competent and reliable local people to show you around safely. Right now, as in Afghanistan, we would not recommend individual travel. It is imperative to have a sensible, switched-on and connected guide when in South Sudan. The politics behind the various partisan groups active in the country are fluid and inscrutable to the outsider; it is therefore important to follow the advice and instructions of those locals who are in charge of your safety. 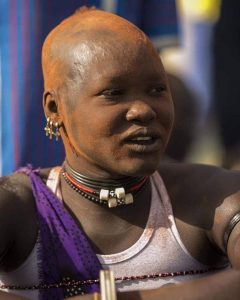 Juba is well-secured, with the UN forces having a strong presence there. This is why so many people choose, perhaps regrettably, to travel only to Juba and check South Sudan off the list. The capital is safe but you should be very careful about photographs there. While it sometimes surprises people that they can easily take photos in North Korea, taking photos in Juba can put you in serious trouble. The local authorities there do not take kindly to trigger-happy shutterbugs, no matter how mundane the focus of their photography. Being caught taking a photo of the wrong thing in Juba can lead to imprisonment, so always heed your guide. Once outside the capital, these restrictions will relax a great deal.

South Sudan is a nation still finding itself and is composed of many different tribes which, up until recently, might have been at war with each other. As such, relationships between the various tribes can be extremely complex; it might be better to let the South Sudanese lead the conversation rather than asking questions that might provoke their ire.

Living in one of the least visited countries in the world, lots of people in South Sudan are extremely curious about the rest of the world and you’ll be surprised at how welcoming and hospitable people can be.

It goes without saying that medical facilities in South Sudan will not be up to the standard of Western medical facilities; we require that everyone travelling to South Sudan has very good travel insurance that covers evacuation and treatment in another country. As South Sudan is still a red zone, most insurance companies won’t cover travel there. We suggest buying insurance with companies specialized in travel to high-risk countries such as First Allied Insurance.

Be open-minded and flexible

South Sudan’s tourism industry is almost nonexistent. There are certainly not the kind of hotels you are used to in other countries and the roads are often in a poor state of repair, making trips take much longer than usual. In an increasingly globalised world where you cross half the world in twelve hours, this is what makes this kind of travel exciting. Your trip might not go exactly according to plan and it might be necessary to make changes for logistical or safety reasons. It is important to be open to those changes and remain flexible. Your travel insurance should also cover changes to flights in and out of the country.

.
< PREVIOUS
The China – North Korea border (and crossings)
NEXT >
What Is Hwanggumpyong Island?