A strategic convenience: the history of Russia-DPRK relations

With Kim Jong Un travelling to Vladivostok to meet Russian President Vladimir Putin, one may wonder if ties between the two countries are about to experience a revival. DPRK-Russia relations have, unsurprisingly, a long-rooted history. However, despite what one may assume on the surface it is not a story of friendship, comradeship or ideological solidarity. It is a relationship which has in fact been indifferent at times, marred by mutual apprehension yet also pinned in place by mutual opportunity. Here, we give a broad overview of the countries’ relationship and its relevance to the upcoming meeting, which is best described as “strategic convenience” above all.

The creation of the DPRK and Juche 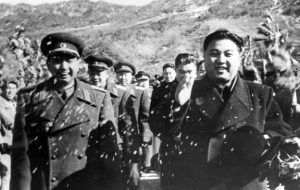 In August 1945 the Soviet Union declared war on the Empire of Japan in the dying days of World War II, commencing an offensive which saw them invade Manchuria and rapidly advance southwards. Per agreement with the United States, the Soviets stopped at the 38th parallel and thus was born the division of Korea. In an increasingly tense strategic competition with Washington over the peninsula’s future, Stalin gave his blessing to Kim Il Sung, a former Soviet Army captain, to create within that territory the Democratic People’s Republic of Korea.

Despite Moscow’s ambitions to create a friendly client state in East Asia, things did not quite turn out that way. The new regime was committed thoroughly to its own nationalistic goals and, owing to the legacy of Japanese colonialism, an all-out assertion of its own independence above a wider ideological struggle in the service of the communist giant. Kim Il Sung saw the Soviets as as much of a liability as an opportunity. In turn, throughout the 1950s he sought to purge the influence of Moscow from his country by establishing ideological exclusivity through the creation of the Juche (or “self-reliance”) ideology.

In doing so, Kim established a strategy of diplomatic balancing in order to prevent both Soviet and Chinese domination of his state. In the heat of the Sino-Soviet split in the 1960s, Kim sought to utilize the country’s strategic importance to both communist states by diplomatically hedging between both sides, extracting aid and concessions from both. Andrei Lankov (2013) consequentially described the DPRK as an unreliable “quasi-ally” of Russia at the time. In no regard was there a true marriage of ideological altruism at play, but a simple and edgy relationship of strategic convenience.

The fall of the Iron Curtain and a cooling of relations 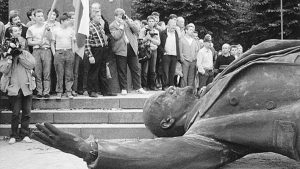 This was also true on Russia’s side. Following the end of the Cold War and the collapse of the USSR, the strategic relevance of North Korea as a check on the United States and South Korea diminished completely. Instead, the Boris Yeltsin premiership sought to align his country with the West, making approaches to both Seoul and Washington. In the process of doing so, Russia abruptly cut off support to Pyongyang, sending the country’s economy into a spiralling collapse. Moscow would remain disinterested in the DPRK for the following decade.

But as always, strategic interests change with time. As the turn of the new millennium arrived, there was a growing political dissatisfaction in Russia that the country’s international overtures were not being reciprocated by the West. The rapid “shock therapy” liberalisation of capitalism destroyed Russia’s economy to the sole benefit of oligarchs. NATO continued to expand into former Soviet territories and the West had dismissed its interests in the former Yugoslavia. The result was a rise in nationalist, anti-Western sentiment and thus the birth of “Putinism” in the federation, who would slowly begin to pivot the country’s foreign policy away from the U.S.

Attempted rapprochement and courting the US 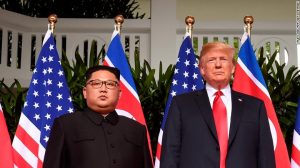 In doing so, Putin gradually began to take an interest in the DPRK again. In 2001, he visited North Korea and met with then-leader Kim Jong Il. Their relationship was to remain ambivalent for a while. However, as Russia’s new collision course with the West began to emerge, things accelerated quickly. Following the crises in Crimea and East Ukraine, Russia made much more friendly gestures to the DPRK, including food aid, forgiveness of national debt, pledges to invest in infrastructure and then in 2015, an invitation for Kim Jong un to visit the 70th anniversary parade for the end of WW2 in Europe.

North Korea itself, however, was not too quick to jump into Moscow’s arms. The invitation to Moscow was declined, and the country continued to prioritise the development of nuclear and missile technology with the view of targeting one great power in particular: the United States. Thus it is no surprise that throughout 2012-2018, Kim effectively ignored both Beijing and Moscow, aiming to strengthen his own hand and draw the United States into bilateral negotiations. Given the direct role of the United States on the Korean peninsula and its power in any decision on sanctions, there was nothing that could be gained by getting too close to the other two powers for the time being. The grand prize, for North Korea, was what eventually morphed into the two summits. 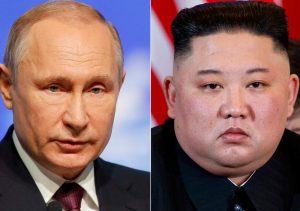 But things didn’t go to plan. The meeting in Hanoi ended up an abysmal failure, with the Trump administration not only refusing to give sanctions relief, but to demand the full denuclearization of the DPRK as a prerequisite for doing so. With no breakthrough coming since, Kim Jong Un has had no choice but to go back to the classic playbook of North Korean diplomacy – that is, to tilt towards other powers instead. As a result, he has finally chosen to answer Moscow’s call.

By meeting with Putin tomorrow, Kim hopes to strengthen his own diplomatic and negotiating hand against the United States, getting support from Putin for denuclearization talks on his own terms and of course calls for sanctions relief. Whilst there is little Moscow can do without U.S sanctions upon themselves, there are likely to be some small-scale economic deals agreed to Pyongyang’s benefit, as well as a under-the-table lenience on other sanctions.

Given this, the North Korea/Russia relationship should be continued to be interpreted in the light of a mutual “strategic convenience” between the two countries rather than any kind of alliance, friendship or serious solidarity. They are two countries brought together by the goal of resisting a common adversary – the same adversary who compelled Moscow to create the DPRK in the first place – but this has hardly made Pyongyang an enthusiastic supporter of Russia. It’s a last resort for Kim Jong Un and a personal coup for both he and Putin.

Tom Fowdy is the owner and operator of visitthedprk.org