Pyongyang Castle and 4 other national treasures of North Korea

We at YPT have an inordinate fondness for creating arbitrary lists of our favourite things: bars, silly countries and even Soviet cars all have their own articles, and in that spirit we now bring you a look at the remnants of Pyongyang Castle and four other ‘national treasures’ of the DPRK.

These national treasures are all of significant historic or artistic significance to North Korea. 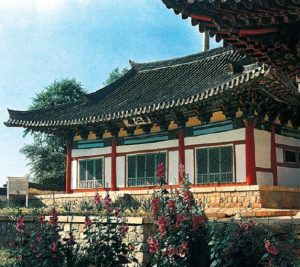 Built in 1325 as a shrine during the Goryeo Dynasty, the hall can be found in Pyongyang, opposite the Sungnyong Hall. The Hall is notable for its traditional Korean architecture, and was unfortunately heavily damaged during the 1950-1953 Korean War. 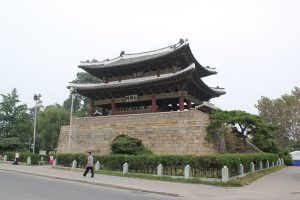 Also located in Pyongyang, Taedongmun (Taedong Gate, ‘mun’ meaning ‘gate’) was once the eastern gate of Pyongyang’s inner castle. The current gate features a two-story pavilion with a granite base, which is called Euphoru Pavilion, and is next to the Taedong River. It’s an extremely beautiful building and is usually seen on every one of our tours that features a Pyongyang day trip. 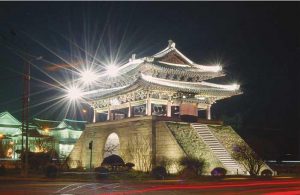 Potongmun was to the the western gate of Pyongyang Castle what Taedongmun was to the east. It’s very similar to its eastern counterpart and looks particularly stunning when lit up at night.

Built in 473 AD, Anhak Palace was the royal residence of the Goguryeo Dynasty. The architecture of the building was heavily influenced by the Chinese style of the time, and was created when Pyongyang was the capital of the dynasty. The palace was no joke – its total floor space was 380,000 square metres. 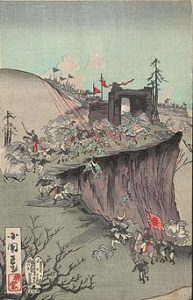 The aforementioned Pyongyang Castle doesn’t really exist anymore, but several of the previously-listed structures are extant vestiges of that castle. The 2011 South Korean film, Battlefield Heroes, depicts an attack on the castle. Needless to say, this sequence was not filmed in North Korea.

See what remains of North Korea’s ancient buildings for yourself on one of our North Korea tours!