The Green Zone of Baghdad reopens

After 16 years of being closed off to the general public, the heavily fortified, high-security zone of Baghdad called the Green Zone has reopened. Located along the banks of the Tigris River, the Green Zone has been like a city within the city, where diplomats and the elite resided. It was surrounded by the infamous concrete T-walls which have been progressively removed around Baghdad.

The opening of the Green Wall is extremely good news for the citizens of Baghdad, as it shows that the capital is looking forward to better times and seems to have left behind the troubles which paralyzed it for years. Congestion in Baghdad might be alleviated now that people do not have to circle around the zone to get to their destination, and it has been reported that the city feels much bigger. 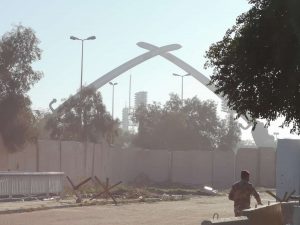 For us at Young Pioneer Tours, the opening of the Green Zone means a lot of new opportunities for our tours. On our last tour, we could only see the victory monument, an impressive arch made of two gigantic sabers, from the top of the Ferris wheel of Baghdad amusement park. We are excited to be able to now bring our guests right to the monument. Along with this famous monument we can expect to get up close to Saddam’s palace, which is in the Green Zone.

The Green Zone, which had been closed since the US invasion in 2003, was opened as the result of a promise from the prime minister of Iraq, Adel Abdul Mahdi, to the people of Iraq. It was reported that the American embassy long opposed the opening of the zone, citing security concerns. Now, the people of Baghdad can now feel like they all truly live in one city. 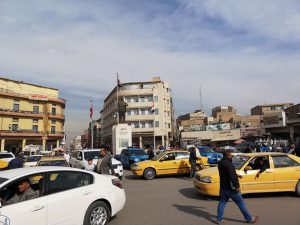 The Green Zone will now be part of all of YPT’s tours to Iraq. Join our next tours to Iraq in October or in April 2020 and be amongst the first non-diplomats to visit the zone.