There are a great many misconceptions about life in North Korea, tourism to the country, and how it’s actually run there. One such misconception is that North Korea is a one-party state.

In actual fact, and similar to many socialist countries that came into being at the end of World War II, North Korea employed the tactic of a united front – much like East Germany did, and China still does.

In North Korea there are actually three political parties that hold seats in the Supreme People’s Assembly – all of whom are also members of the Democratic Front for the Reunification of the Fatherland.

The Workers’ Party of Korea 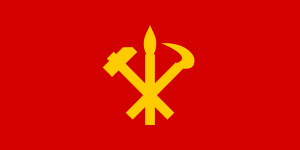 The foremost of the three parties – and the most well-known – is the Workers’ Party of Korea, formerly known as the Communist Party.

President Kim Il Sung founded [the Workers’ Party of Korea] on October 10, Juche 34 (1945). It regards the Juche idea fathered by the President as a guideline and its basic mission is to strive for materializing the cause of Juche. The Workers’ Party of Korea, invincible party [sic] is the staff of the Korean revolution as well as an organizer and guide of all victories of the Korean people. 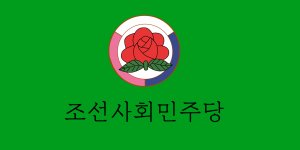 It is a democratic political party of love for the country, nation and people which safeguards the demand of the people from all walks of the country and the national interest and fights for social justice. It was founded on November 3, Juche 34 (1945). Its fundamental task is to fight for the independent and peaceful reunification of the country and to pursue a foreign policy based on independence, peace and friendship. 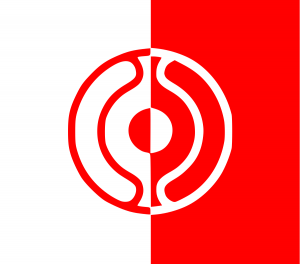 The third major political party is the Chondoist Chongu Party, who represents the native Korean religion of Chondoism. This minority religion was formerly quite important across the Korean Peninsula.

According to a government publication:

It is an independent and democratic political party engaged in depending the interests of the Korean nation and Chondoists. It was founded on February 8, Juche 35 (1946). It aims to defend patriotic ideology and independent spirit, oppose foreign aggression and intervention and take part in building a civilized, thriving and democratic state.

You may want to form your own opinion on the political parties of North Korea by finding out more yourself – but whether you do or don’t, you’re sure to impress your North Korean guides with your knowledge of the three major parties when you visit the country!

.
< PREVIOUS
North Korean Culture
NEXT >
What is Chondoism?