There is perhaps no passion more notoriously snobby than wine-tasting, so when I claim that Moldovan wine (and brandy) is some of the best in the world, I expect no small amount of derisive sniffing and arched eyebrows to follow. Fact is, though, that people used to joke about Australian wine, and even English ‘champagne’ is now a thing. For the time being, then, keep monocles locked firmly in position and hear me out. 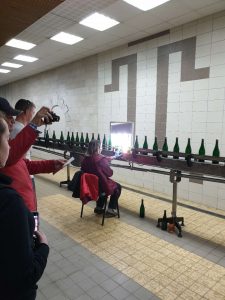 Moldovan wine is no joke: the country produces 130,000 tonnes of wine per year, and the wine industry employs a full quarter of the working-age population. It’s the 20th-biggest wine-producing country on earth: no mean feat for one of the poorest countries on the planet. 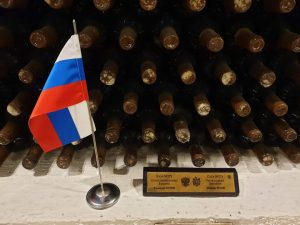 Moldova (alternatively known as Bessarabia or the Moldovan SSR, depending on your political position) has been producing wine for five thousand years. A good many wars over said five thousand years have taken their toll, but once the USSR rose to prominence and it was hard to get a nice Bordeaux east of the Iron Curtain, Moldova (along with Bulgaria) became the sine qua non of Eastern Bloc wine production. 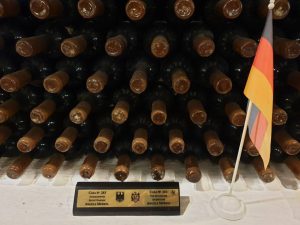 There are a lot of regional varieties unique to Moldova, including Fetească alba and Plavai. The country tends towards white wines rather than red, but they also produce such wines as Chardonnay and Pinot Grigio in order to appeal to a wider market. 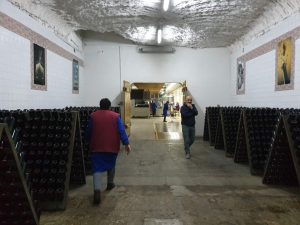 It’s funny you should ask: Young Pioneer Tours has a number of tours that visit the Cricova Winery just outside of Chisinau. The winery has a sprawling wine cellar that covers a batshit-crazy 120km of ground. It also houses collections by such notable figures as one Vladimir Putin.

There’s also Millets Miti that, according to the Guiness Book of Records, holds the world’s largest wine collection: a staggering two million bottles reside in their cellars.

If you’d like to sample the wonders of Moldovan wine for yourself, join one of our Chernobyl-Romania tours, and find out why we’ve nicknamed the Chisnau-Bucharest overnighter the “champagne train”.

.
< PREVIOUS
Filming in North Korea
NEXT >
KVINT: national icon of a country that doesn’t exist