The Ghostly Remains of Festung Breslau

In February, the Young Pioneer Soviet Europe team began our first WW2-focused tour in Poland, covering the country end to end in the footsteps of the merciless German invasion of 1939 and their brutal retreat of 1945. One of our many stops along the way was the infamous Riese tunnel complex built by the Nazis in the Owl mountains for mysterious reasons. The tunnels are located about an hour’s drive away from the Polish city of Wroclaw, so naturally we used the city as a base. But little did I know that this Polish city was to become one of the most fascinating WW2 destinations on the trip. If you’ve never heard of Wroclaw, it’s because it’s a fairly new name that was agreed upon at the Potsdam Conference in 1945. Before this date, the city was known as Breslau and was part of the lower Silesian region of Germany. It had one of the strongest support bases of the Nazis, who in the 1932 elections received 44% of the city’s vote – their third-highest total in all of Germany. Before long, the politically incorrect were rounded up and taken away. People were arrested and beaten for using Polish in public and the Polish cultural centre was destroyed by the police. The New Synagogue was destroyed in 1938, and many of the city’s 10,000 Jews were deported to pre-war Nazi concentration camps; those who remained were killed during the Nazi genocide post-1941.

Fortress Breslau and the incursion of the Red Army 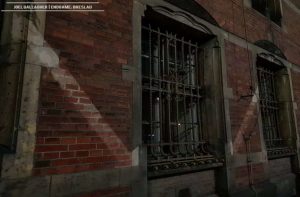 In 1945, the Red Army stormed towards the city, which was then declared ‘’Fortress Breslau’’ by Adolf Hitler who ordered that it be defended no matter the cost. Completely encircled, the fanatical Nazi leader of the city, Karl Hanke, began a fanatical three-month defence. Those who didn’t wish to die defending the ruins of the Reich were executed and the city was obliterated in brutal fighting. In the smouldering ruins, over 160,000 lay dead and Karl Hanke ordered an airstrip to be rapidly built under constant shellfire, at a cost of over 13,000 lives, the runway was completed too late to be of any military benefit. On the day before the surrender of the city, Hanke, who had given orders that anyone who tried to flee the city should be executed for cowardice, fled before meeting a violent death at the hands of Czech partisans. Whilst the siege was bloodthirsty, the entry of the triumphant Red Army was also merciless and horrific. I read particularly horrifying stories of a 13-year-old Hitler Youth boy who looked down into the mud and saw the face of a soldier who had been crushed under the tracks of a tank staring back at him, and a Russian soldier who threw a young German boy into a house on fire in revenge for the brutal execution of his own children on the Eastern Front.

After the war, the city of Breslau was transferred to Poland and renamed Wrocław. It was Stalin’s will that Polish borders should be shifted westwards as soon as the war ended – and inevitably, at that point in history, what Stalin wanted, Stalin got. As a result, many thousands of Polish people arrived in the city from places further east such as Lwów, and Breslau’s German inhabitants fled, were killed in Polish reprisals or were forcibly expelled between 1945 and 1949 and moved to Allied Occupation Zones in Germany. The newly arriving Poles treated the departing Germans with considerably more hatred and brutality than they’d suffered at the hands of the Red Army. ‘’There are many reports of the Red Army having to step in to protect departing Germans from Polish mobs seeking brutal revenge for the past six years of horrors inflicted on them’’, our local guide informed us.

As a result of its dark and unique history, modern Wroclaw appears Polish but has eerie traces of its former inhabitants. Walking around the city, I soon began to discover the ghostly remains of its history. I used an underground public toilet in the middle of a city square and saw old German instructions on the wall only to realize I was standing in a former bunker for Nazi party officials. In 1945 this would have been the site of desperate scenes and mass suicides as the vengeance of the Red Army rapidly approached above ground; outside, two faded arrows painted in fluorescent paint would have directed people to the bunker through the artillery smoke. On the walls of rundown buildings where plaster has fallen away, the grandiose hand-painted German signs can still be seen. The foreboding police HQ building was once the Gestapo headquarters for the region and, subsequently, the NKVD when the Soviets settled in. One of the best hotels in town was once a favourite of Adolf Hitler himself, and the balcony he used to address the crowds still stands untouched. 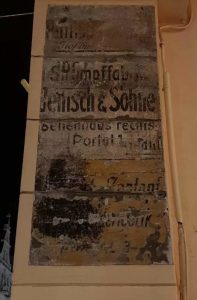 I soon heard that there are a couple of places in Wroclaw that sell authentic Silesian dishes if you ask for it, the recipes taken by Polish slave labourers who were forced to work in the city under Nazi rule. I found one of the restaurants, and sounding like the worst type of awkward hipster customer ever, I asked if they had any pre-war Silesian dishes. The waitress recommended Schlesisches Himmelreich, or “Silesian Heaven” in English. Amongst the tables full of Pierogi and Zurek, my order definitely stood out: Silesian Heaven is basically a big dish of smoked pork covered with dried prunes, apricots, and spices, and drenched in gravy. On the side were a pile of Silesian dumplings made of boiled potatoes and eggs. Washed down with some beer from the Upper Silesia brewery, the meal was fantastic and an insight into the former German inhabitants who played a role in this city’s history. 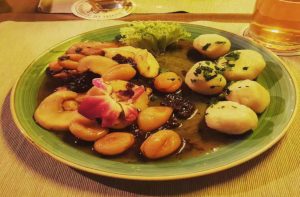 To explore this beautiful city with a dark past, join our action-packed Poland WW2 Adventure in February next year!

.
< PREVIOUS
How to Get to Longyearbyen, Svalbard
NEXT >
How to get from Pyongyang to Hanoi