Nanjiecun is in Linying county, about a 45 minute drive from Luohe city, itself a small and seldom visited city in Henan province, central China.

It has a population of only about 3250 people, and gives the impression of being more of a town than a village because of the success of its rural enterprises.

Housing, education and health care are all completely free 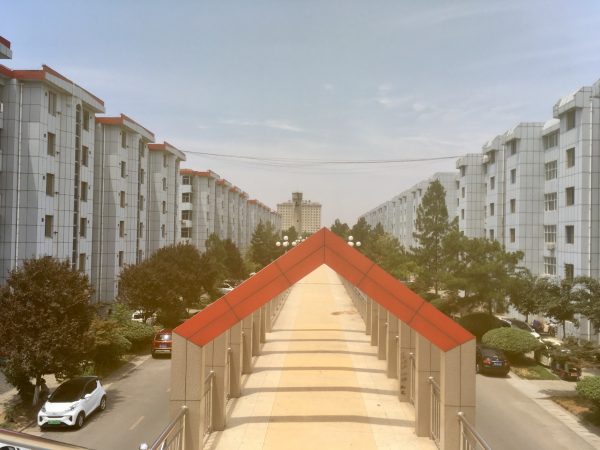 In China today, housing, education and health care are often called ‘the three mountains’ towering over Chinese people’s lives today, causing untold problems to even the relatively well-off in society.

But Nanjiecun village is run as a collective, there is no private land or private housing. All residents get a fully furnished flat for free, and don’t even need to pay utility bills. It even comes with a free portrait of Chairman Mao to put in the lounge!

There are also no tuition fees, from nursery school to senior middle school, and university fees at any university in China will also be paid by the collective. Likewise, healthcare is fully state provided, even if you go for an operation in Shanghai or elsewhere.

As well as all of this, jobs are allocated and there is an old people’s home to look after you when you retire, for free of course.

Chairman Mao is everywhere, but so are Marx, Engels, Lenin and Stalin! 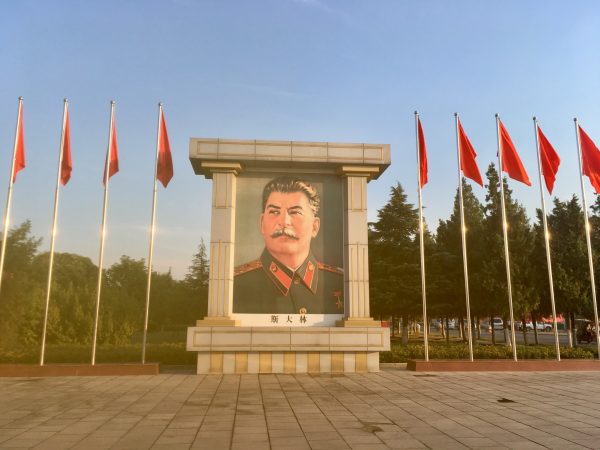 It’s not uncommon to see pictures or statues of Chairman Mao throughout China, but in Nanjiecun collective village you also see references to his theoretical forefathers, Marx, Engels, Lenin and Stalin too.

The highlight is the East is Red Square, where the statue of Chairman Mao is flanked by huge portraits of these four Europeans, a sight unlike anything else in China.

They are there as a reminder to the people of the collective that they are situated not only in China, but also the global communist movement.

Nanjiecun is not the only collective village remaining in China today

Indeed, there are over 10,000 villages operating collectively in China today, though admittedly that is a small proportion of the villages in the entire country. And most of them are not nearly as successful as Nanjiecun. Today Nanjiecun looks less like a village and more like a town because of its success in rural enterprise, using the Maoist theory of industrialising the countryside to provide more balanced economic development.

Today most of the land is farmed by a small number of people because they have been fully irrigated and mechanised, and the people work in the rural enterprises. They started with a noodle factory and brickworks, and have now expanded to over 30 different enterprises, many of which are known all around China and some of which export goods too.

This, plus its unwavering promotion of Mao, is what makes Nanjiecun different.

Most villages in China are losing people who are migrating to nearby towns and cities or cities all across China. In fact, rural China is being depopulated at a rapid rate.

Not so Nanjiecun, which is growing. This is because of two things. First, the welfare provision is so great that nearly every person born there doesn’t leave – even if they go out to university they come back to live in the collective after graduation. And secondly, the village attracts migrants from all across Henan province who, even if they can’t settle there permanently and enjoy the fruits of the collective, they can still earn good wages in the rural enterprises and factories there.

Join us for our next trip to Nanjiecun collective village on the Chairman Mao Revolutionary Tour of China!