5 Countries that Used to Exist Part 2

We here at YPT are constantly enthralled at what makes a country and how many actually exist or have existed. Here are five that are no more: 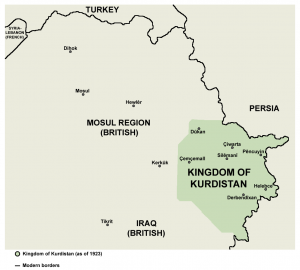 In 1922, the Ottoman empire – lying prostrate in the wake of the Great War – was the sick man of Europe. It had lost nearly a million men in combat and had been reduced to signing the treaty of Mudros in 1918, fracturing the vast empire into smaller states. Of these many states arose the Kingdom of Kurdistan. Kurdish nationalism – that is, the desire for a sovereign homeland for ethnic Kurds – is a movement that goes back centuries, and one that rages on today. So, when the good people of Kurdistan saw the 600-year-old Ottoman Empire crumbling, they saw their opportunity. In 1921 Sheikh Mahmud Barzanji declared himself the king of Kurdistan. The British, who repeatedly promised a Kurdish homeland in return for Kurdish insurrection against their Ottoman overlords, apparently had changed their minds and carried out a relentless air campaign against Kurdish soldiers, eventually beating the Sheikh in 1924 and annexing Kurdistan into Greater British Mesopotamia.

You can witness the hospitality and age-old traditional culture of the locals just as well today as then on our Iraqi Kurdistan Autumn Adventure Tour. 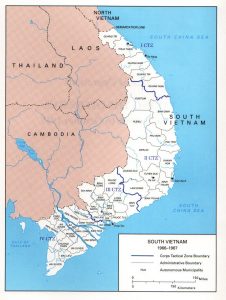 Following the French colonial withdrawal from Indochina, Vietnamese Marxist intellectual and guerilla fighter Ho Chi Minh established a communist regime in Hanoi, northern Vietnam. In response, conservatives in the south rallied around emperor Bao Dai in the southern city of Saigon. The emperor was eventually deposed by Ngo Dinh Diem in 1955 following a controversial referendum, who was then himself killed in a coup seven years later. The country toiled on the brink of collapse as oppressive policies drove more and more people – especially those living in rural areas – to support what they saw as a northern liberator in Ho Chi Minh. In 1964 the United States, alarmed by what they saw as a communist takeover of a key strategic ally in the region, began sending troops to the country, having over 9 million active servicemen in Vietnam from 1964 until 1975. However, in 1975 Ho Chi Minh’s troops captured Saigon and brought about a unified, Socialist Republic of Vietnam, effectively ending South Vietnam.

To explore this dynamic country of almost 100 million,  check out our Vietnam and South West China Tour 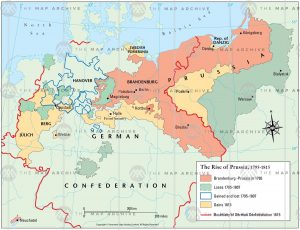 Not Poland, not Russia – but Prussia! This northern European state existed for over 400 years with a distinct cultural identity. Famous figures such as explorer Ludwig Leichhart and uber-philosopher Immanuel Kant could claim the label of ‘Prussian’. Prussia began as a fiefdom under the Teutonic Knights and grew incrementally over 4 centuries, eventually shielding central Europe entirely from the shores of the Baltic Sea. It became a Duchy in 1525 under Albert of Brandenburg-Ansbach and reunited with Brandenburg to form Greater Prussia in 1594. However, following the first World War, after large territorial losses by Germany, its sovereignty was reduced to that of a free state within the Weimar Republic  until it was done away with completely in 1932. 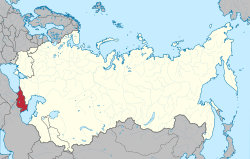 We know, we know — the constituent republics of the USSR weren’t really countries, were they? The lines may be grey but this has a better claim to statehood than most. Out of the ashes of the Russian Empire in 1918, many regions in southern Russia and the Caucasus mountains fell into disarray, splintered and unable to make a claim for independence. But by 1922, with Vladimir Ilyich Lenin’s Bolshevik Party securely in power, the first Transcaucasian Congress of Soviets was formed, encapsulating the Georgian, Azerbaijani and Armenian Soviet Federative Socialist Republics. The republic eventually became a founding republic of the USSR along with Ukraine, Belarus and Russia. In 1936, following a directive issued by Joseph Stalin – who himself was of Caucasian heritage – the republic was split back into the Georgian, Azerbaijani and Armenian SFSRs of yore.

To explore the Caucasus mountains and the mystique that surrounds them, book our Unrecognized Countries Adventure Tour! 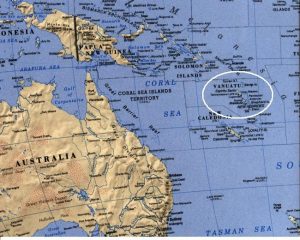 One of the very few joint-colonial ventures ever to exist. This Pacific archipelago’s administration was shared by both Britain and France. Originally British, the settlers soon were as French as they were British, with parallel legal and social systems flourishing, with everything, down to road laws, being drafted in pairs only. Local islanders were even given the choice to be tried under British or French common law. The islands ceased to be administered by European nations in 1980 and are now part of the Pacific nation of Vanuatu.

Visit the New Hebrides and a host of other lesser-known — but nonetheless beautiful — countries on our Least Visited Countries Tour.