Transnistria – a breakaway state located between Moldova and Ukraine and seemingly still trapped in the era of the Soviet Union – has been a YPT favourite for almost a decade and is a must-do on the adventure travel circuit. The country once earned the nickname ‘the North Korea of Eastern Europe’ and, whilst the capital Tiraspol isn’t exactly Pyongyang, the nickname was given due to its difficulty to enter and secretive authorities. After years of making contacts in the country and shaking the right hands, YPT now guarantee easy access and offer multiple, varied tours to the state. We’ve also explored it top to bottom, gathering a wealth of knowledge on how it all works.

So this is one of our guides to the crazy world of Transnistria, the country that doesn’t appear on most maps, focusing on the map, the various regions of the country, its Soviet style flag and the fascinating Transnistria currency.

On most world maps, Google maps included, Transnistria is not featured as it is not an internationally recognized country. This is both fascinating and dangerous. Online you can find a few dated tales of adventure travellers doing an innocent road trip across Moldova, not knowing anything about Transnistria, and suddenly being beleaguered by high-powered spotlights and Russian-made tanks. Luckily, most people are now aware of its existence and the border controls are a lot more civilized now.

The following is a detailed map of Transnistria: 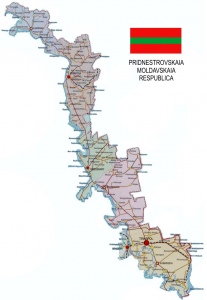 The following is a map of the ethnic groups that make up each area of Transnistria: 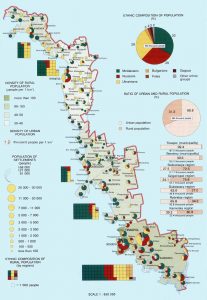 The following is a map detailing the main border crossings into the country: 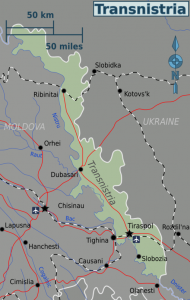 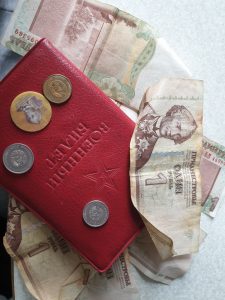 After the civil war in the country, Transnistria was coming to grips with its new status as ‘breakaway nation’, and the currency was in the form of local ‘coupons’. These can still be bought at the flea markets of Transnstria alongside Soviet medals and uniforms. It was replaced by the Transnistrian ruble, which is often derided as ‘Monopoly money’. Valued inside Transnistria against the Euro at 20 to 1, it is the only accepted currency to use in day-to-day life inside the country.

There are two types of coins inside the country: a standard kopek emblazoned with the hammer and sickle and its highly collectable plastic coins, which are apparently hated by locals. They are indeed bemused to see the few foreign tourists who visit try and get their hands on them.

Whilst there are ATMs dotted around everywhere, you will mostly need a Russian bank card to use them. There is a single one usable by foreigners, but this dispenses Russian rubles at an appallingly usurious exchange rate, and these need to be changed into local currency anyway. Your best bet is to bring in Euros or Dollars and exchange on arrival.

The flag of the breakaway state is simply the old flag of the MSSR (Moldovan Soviet Socialist Republic). Its main colours are red (of course) and green, and yes it still features the Soviet Union symbol of the hammer and sickle! When in Transnistria you will almost always see the flag of the republic flying alongside the white, blue and red flag of Russia. 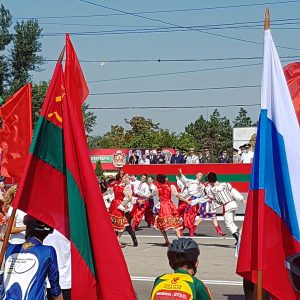 As well as the flag, Transnistria also has an impressive coat of arms, which is a slightly modified version of the old Soviet Moldova coat of arms – though the slogan has been changed from ‘Workers of the World Unite’ to ‘Pridnestrovian Moldovan Republic’ and a representation of the Dniester river incorporated into the design. 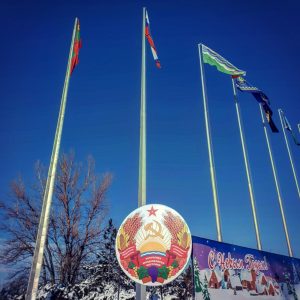 For our popular FAQ on Transnistria, answering every question you had and more, click here.

To join us on an adventure tour to this incredible rebel republic, check out our ever expanding list of Soviet Europe tours.