South Korea and North Korea: a matter of perspective

We at Young Pioneer Tours are most noted for the varied and frequent tours we run to North Korea, but North Korean tours are not the only thing we do. We offer tours to no small number of destinations around the world besides South Korea and North Korea, from Cuba to China. We even do two North Korea tours in which we never actually set foot in the country.

The first of these is our borderlands tour, which offers a fascinating glimpse at the China-DPRK border and the ethnic and cultural overlap that occurs in the various towns and cities that dot the Chinese side of the Yalu River.

The second offers an entirely new perspective of South Korea and North Korea. It’s a look at North Korea 160km and a million miles away from Pyongyang, from the perspective of a people who ought to be the closest people on earth to their Northern neighbours, but are as estranged from them as anyone else.

Here are the highlights of our All Koreas 3: South Korea tour.

Built in 1395, Gyeongbokgung Palace is the largest and undoubtedly the most beautiful of the Five Grand Palaces built during the Joseon Dynasty. Having been through numerous attacks by the Japanese, which resulted in a number of reconstructions over the era, today it shows off its flawless beauty in the heart of Seoul. Entry inside the palace is 3,000KRW for adults but is waived if you are wearing the traditional Korean costume, hanbok (otherwise known as joseon-ot in the North). We of course took this opportunity and visited a hanbok rental place nearby and got ourselves into the traditional attire. Flaunting ourselves in our vibrant costumes against the beautiful architecture of the palace, we definitely picked up lots and lots of great photos here. 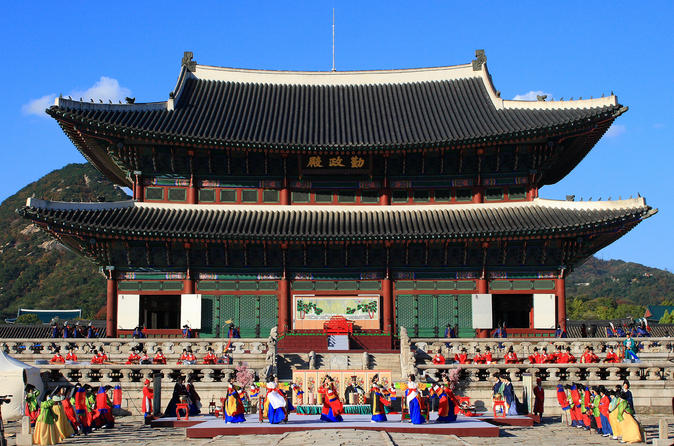 Now if you’re a foodie, this is a must-visit place in Seoul. Situated in Jongno, this is the ultimate marketplace for experiencing traditional Korean street food and it also houses a lot of vintage stores and hanbok sellers. Because we visited the place past the stores’ opening hours, we only had access to the food stalls, but this was all we needed. We stall-hopped from a dumpling place to a sashimi place to a seafood pancake place, whilst also filling ourselves with beer along the way. The market is filled with mainly locals, ranging from young students to office workers who like to finish their day with a glass of soju. You will definitely get a chance to feel the true Korean local market vibe here.

We visited the Dora Observatory as part of our DMZ tour. Located on top of Mount Dora, visitors can view the North from a part of South Korea that is closest to the North. One will be able to even catch a glimpse of North Korean civilians through the binoculars that are installed. Another sight not to be missed through the binoculars is the North Korean propaganda village, which is a relatively prosperous-looking village situated along the border that is perceived in the South as a tool used by North Koreans to ‘trick’ the South into believing that they are wealthy. Believe it or not. 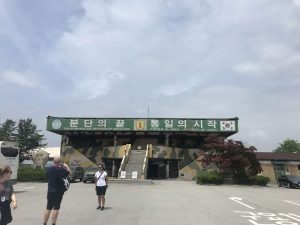 The North Korean Infiltration Tunnels are basically metres-deep tunnels that were dug by North Koreans in an attempt to invade the South. During our tour we visited two North Korean Infiltration Tunnels – the 2nd and 3rd, located in Cheorwon and Paju, respectively. We put our helmet on at the entrance and walked down for a good 5 minutes or so to the bottom of the tunnel, then made our way through. On the way back from the North side of the tunnel, we could notice holes on the walls caused by dynamite that are angled towards the South, which supposedly proves that tunnel was indeed a creation of the North Koreans. 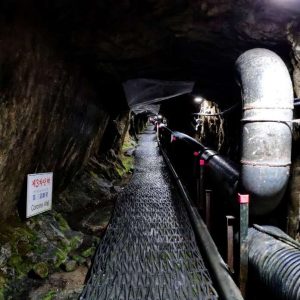 America has the White House; South Korea has their Blue House. The Blue House goes by the name ‘Cheongwadae’ in the country, literally translating to ‘pavilion of blue tiles’.  It is home to the South Korean president Moon Jae In, and visitors cannot meet him for obvious reasons, but can set foot on the president’s frequently visited spots within the residence. Although you may not be able to witness any political action going on during the tour, you will definitely be in awe of the beautifully tamed gardens and breath-taking architecture of the House. 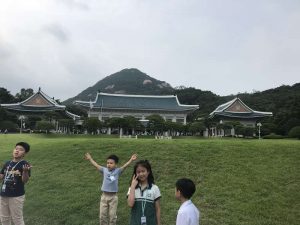 .
< PREVIOUS
March 1st Movement
NEXT >
Is Colombia safe to travel to?