Wonsan, the provincial capital of Kangwon province, is located on North Korea’s east coast. The Songdowon Hotel is arguably Wonsan’s most iconic hotel and is located right on the bustling harbour front, with the newer Tongmyong Hotel next door, and just across the road the Wonsan Seafood Restaurant.

Designated a ‘second class hotel’ it was built during the 1970s in a Soviet influenced brutalist style. Eleven stories tall, and boasting 194 rooms, the exterior of the building now carries the pastel blue colour scheme that is ubiquitous around this sea-side city.

Interior of the Songdowon Hotel

The interior is austere yet richly decorated, and is well worth exploring during your stay. In my opinion this is an absolute highlight of a tour to the DPRK. Touring the Songdowon Hotel is to travel back in time to an era when the DPRK was very much ascendent, and South Korea was still finding its feet.

The entrance hall gleams with locally-quarried grey granites and marbles, which adorn the surfaces of the floors and pillars. A spectacularly life-like painting hanging in the entrance depicts a visit from General Kim Il Sung and a young Comrade Kim Jong Il (looking rather dashing), and dates back to the early days of the hotel.

The Songdowon Hotel features a large dining hall to the rear on the second floor, down one of the hotel’s many lengthy deep green carpeted corridors, which also sequester massage facilities, a billiards room, karaoke, table tennis, outdoor BBQ area, bars, and an excellent barbershop.

I highly recommend getting a haircut in Wonsan, as at the time of writing the local hairdresser is a State Merited Barber, (the second highest ranking in the country) and I got one of the sharpest and most enjoyable haircuts of my life, all in wonderfully kitsch period surroundings.

The Songdowon Hotel with many outstanding features, the crown jewel is undoubtedly the small but treasure filled shop on the second-floor landing which features many rare out of print books, some no longer available even at the Pyongyang Foreign Language Bookshop and some incredible artwork from local artists, with incandescent images formed from crushed sea-shells.

The grand staircase will take you to all floors, but please do exercise caution as some of the steps are a little unevenly spaced. A lift service is also provided, with two lifts, but again please be aware there is a slight step up out of the lift when you arrive at each floor. Outside the lift each floor features a small lounge, and on my various visits I have found these to be invariable frequented by locals and staff discussing business.

The furnishings in these lounges recall the era in which the Songdowon Hotel was built, with mustard yellow velvet armchairs and elaborate hardwood planters overflowing with ferns and large gently tarnishing mirrors. The rooms themselves are similarly retro in appearance, maintaining many of their period furnishings but as with everything in the country, are kept spotlessly clean and incredibly light and spacious, and all rooms feature balconies with some outstanding views.

Please do note: hot water supply to rooms is not continuous, but your local guides will confirm with the hotel upon arrival what hours of the morning and evening hot water will be available. Don’t worry, you will have ample chance for a warm bath or shower.

Views from the hotel

Rooms in the Songdowon Hotel afford sweeping views of the bay of Wonsan, out to the East Sea of Korea, and also of the city itself which seems to swiftly climb up the sides of the surrounding hills. Right across the bay numerous high rises can be seen, which is the Wonsan-Kalma beach resort (still under construction at time of writing), a flagship project in the country’s plans for economic revitalisation and development of the tourism industry.

The pier jutting out into the harbour, and Jandok islet (complete with lighthouse) are right beside the hotel, and are great places to watch locals fishing and selling their fresh catches.

The now suspended ferry-link that used to provide regular shuttles between Japan and Korea for the Chongryon and others can also be spotted docked by the city’s main square.

To the rear of the Songdowon Hotel is an area where delicious seafood BBQ can be enjoyed in the evening with your guides, and to the front of the hotel is the usual carparking space.

Experience this unique coastal hotel with us on your independent tour or during our Unseen DPRK tour, Summer Liberation Day tour or our annual Mt. Kumgang tour. 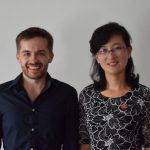