North Korean language: is it different?

It has now been 74 years since the Korean peninsula was split through the middle following the end of World Word II in 1945. Since that time the two countries have not only been completely estranged politically and geographically, but also linguistically. Three quarters of a century is a lengthy amount of time and it is to be expected that something as fluid and mutable as language would exhibit significant divergences over such a period. They already differ in the terms they use to refer to their language – in the North they refer to it as 조선어/ Chosŏnŏ and the South call it 한국어/hangeugo. What, then, are the main differences between the North Korean language and that of its Southern counterpart?

Like many other countries Korea serves no exception to having multiple regional dialects, or saturi, within the country. In this article we will focus on the two main dialects utilised by the two Koreas – the Pyongan dialect and the Seoul dialect. Despite being considered as distinctive dialects, the two dialects differ so greatly that they are often referred to as ‘South Korean language’ and ‘North Korean language’. 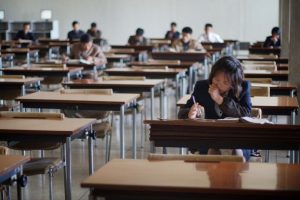 Since the division, South Korea has been subject to rapid economic development and urbanisation due to Western influence, which led to the immersion of foreign-derived loan words into its language. In contrast, its Northern counterpart has adopted numerous socio-political words into its vocabulary, whilst maintaining linguistic purity.

Here are some examples:

A great example of an ideologically-influenced difference would be the terms that the citizens of the two Koreas use to address their peers. North Korean citizens will typically refer to each other as ‘동무/dongmu’ or ‘동지/dongji’ – the latter being the polite version used towards an elder person. Both terms are defined as ‘comrades that fight together for socialist revolution’. In the South, ‘친구/chingu’ is the widely-used term for ‘friend’.

Despite using the same Korean alphabet system, known as Hangul in the South and Chosŏn’gŭl in the North, there are a few differences in the pronunciation of certain consonants and vowels that add to the distinctiveness between the two languages. For example, the vowel ㅓ, which gives the ‘uh’ sound in South Korean, would have a more rounded sound in North Korean, and sound closer to ‘oh’. Vice versa for the vowel ㅗ, which gives the ‘oh’ sound in South Korean, and the ‘uh’ sound when spoken in the North Korean language.

The differences are also not limited to spoken language – there is a specific sign language dedicated for the hearing-impaired of each country. Regardless of all these disparities between the two ‘languages’, there’s no more difference between the two than there is between Scots and standard English, and the two are considered mutually intelligible. However, the differences that do exist are still very intriguing and give individuals an insight of how Korea’s history and politics have shaped the way each language has evolved over time. The best way to experience this for yourself would be to jump on one of our tours and hear it for yourself!