Mass Games are back – and better than ever 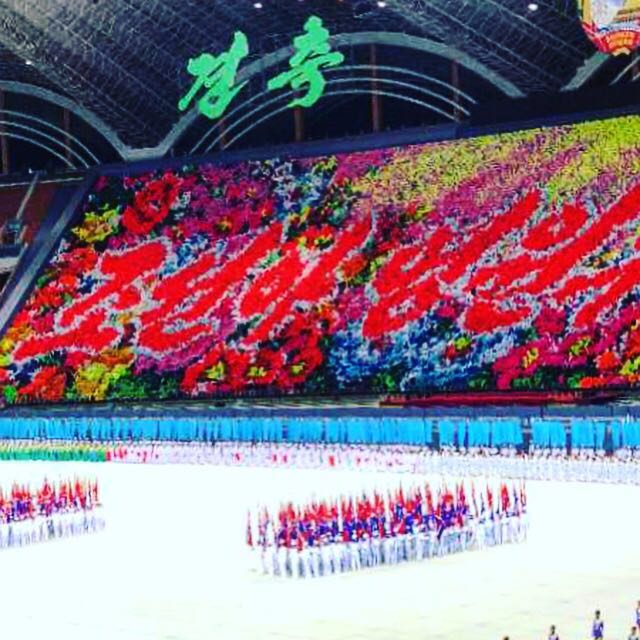 Five years since the last performance of the Arirang Mass Games, the world-famous artistic performance that is ubiquitous with North Korea is back, under the new title “Glorious Fatherland”. We were present along with Marshal Kim Jong Un, and around 800 foreign tourists (just over 200 came with YPT), over 70,000 local attendees, numerous foreign delegates, and tens of thousands of performers to witness the premiere performance. Not only that, but the performance coincided with the 70th anniversary of the founding of the Democratic People’s Republic of Korea. The verdict? One of the greatest spectacles on earth! The Mass Games is now even better!

If you don’t know what the Mass Games is, it is the world’s largest mass gymnastics and artistic performance as certified by the Guinness Book of World Records. It is also an iconic part of the culture and existence of North Korea, and unquestionably one of the greatest man-made spectacles on earth. 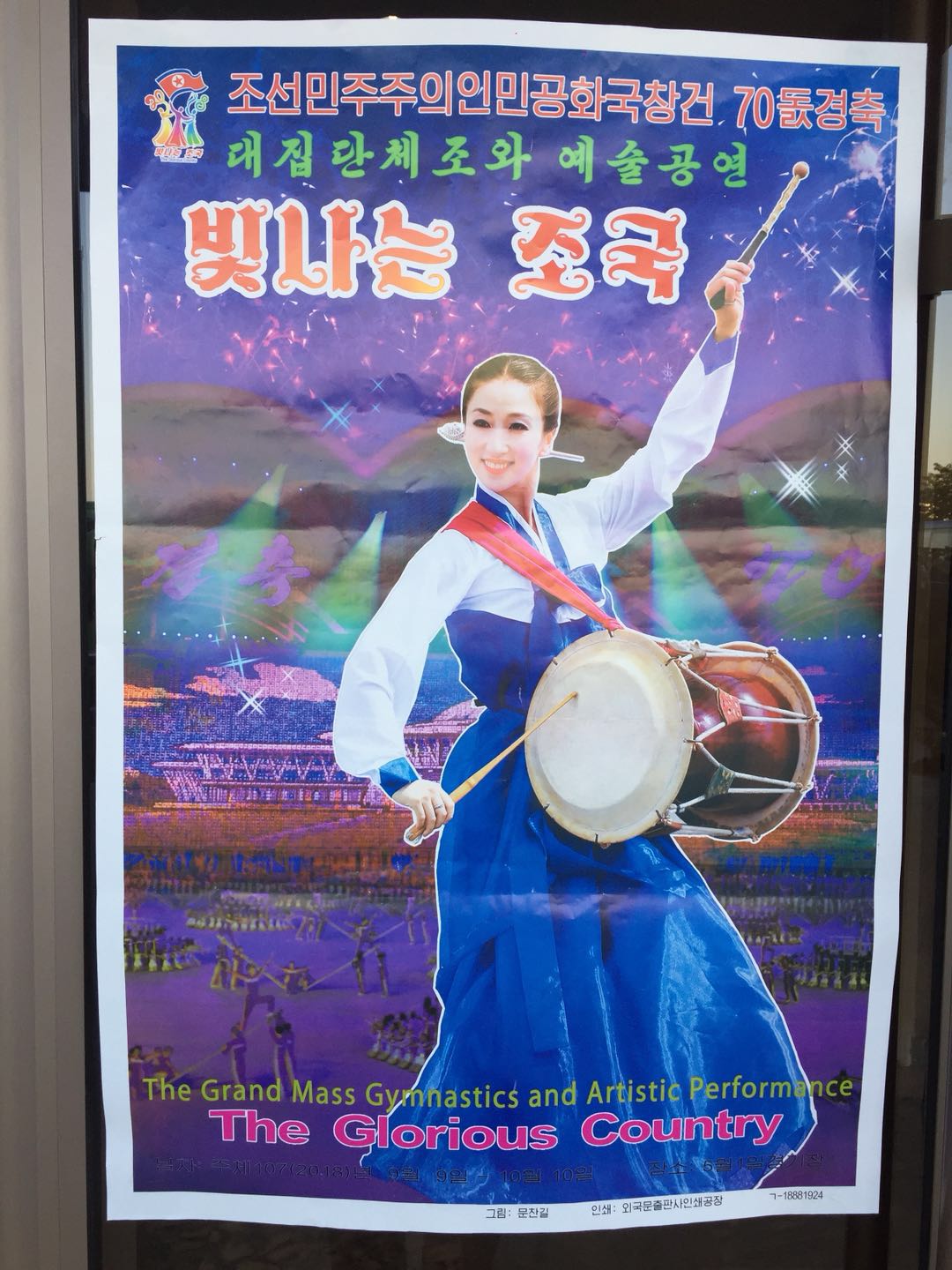 Whilst people have associated the words mass games and Arirang as one in the same, the mass games have existed in various forms since North Korea was founded in 1948, with the 2002-2013 incarnation being themed Arirang after the famous Korean love story and song.

The Arirang Mass Games proved to be a huge hit with tourists with its 11-year run, coinciding with a huge growth in tourist numbers to North Korea until it was ended in 2013. In many respects, the Arirang Mass Games were the signature artistic performance to represent the era of General Kim Jong Il.

Thus, the new incarnation of the Mass Games, now titled “Glorious Fatherland” can be seen as a new show to represent a new regime and the new policies of Marshal Kim Jong Un.

The incarnation of the new Mass Games

Glorious Fatherland did not disappoint! Security and preparation had took almost 5 hours which, though stressful, helped build up the sense of excitement, and hope that some important delegates would be joining the celebrations.

After almost an hour of waiting, where we were entertained by the 20 thousand card-holding kids prepping for the show. We stood for the raising of the flag of the DPRK as North Korea’s top brass and party cadres arrived, among them the leader of the country Marshal Kim Jong Un, and the First Lady. The crowd went wild and we were ready for the start of the greatest show on earth.

As opposed to previous editions of the Mass Games, and perhaps because this was the premiere performance of “Glorious Fatherland,” we had special stamped tickets, and much more excitingly a program for the show. 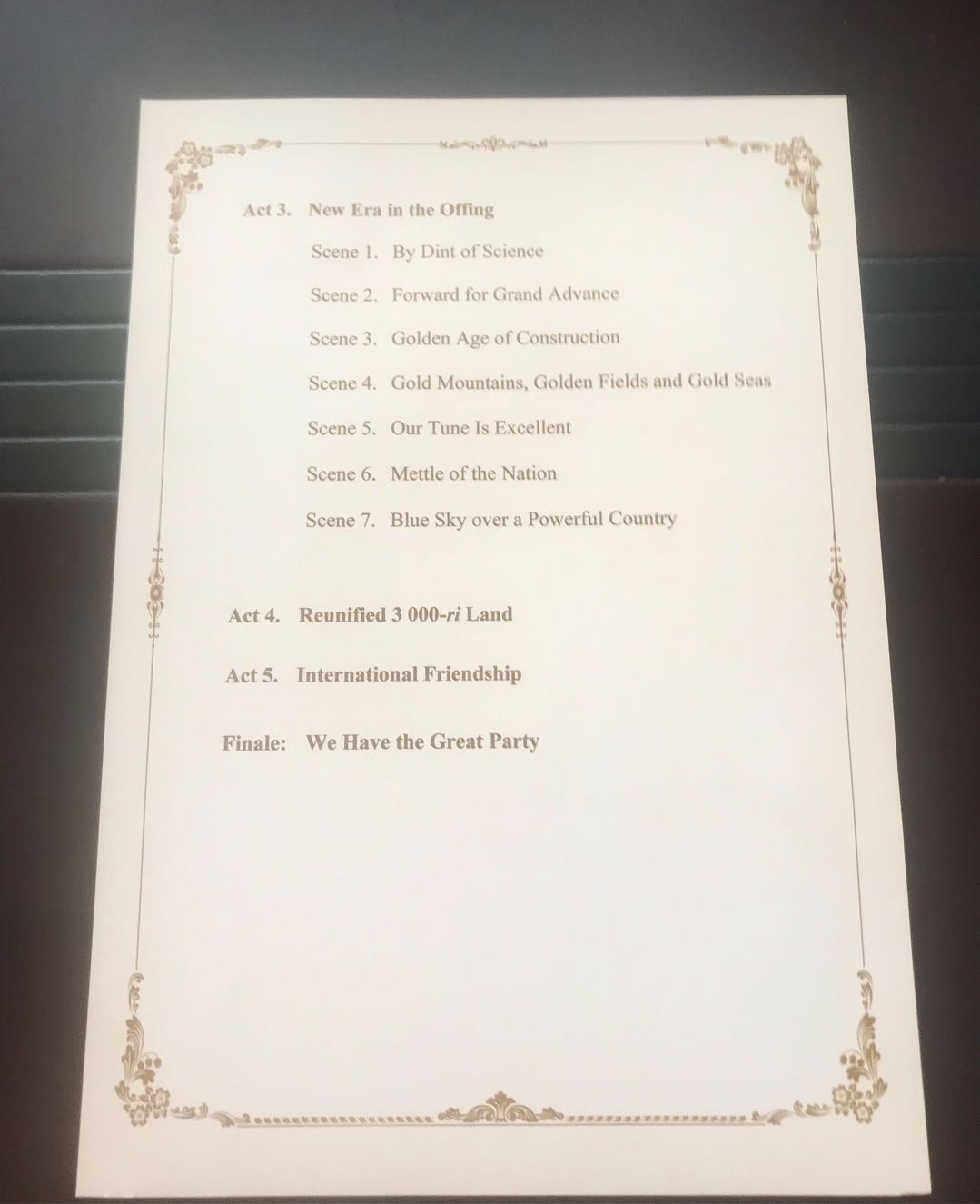 For almost 2 hours we were treated to a performance that not only celebrated the past of the country, with obvious emphasis on the achievements of President Kim Il Sung, and General Kim Jong Il, but most excitingly had a positive, upbeat message about the current regime trying to improve the lives of the people, which excitingly culminated in a picture on the big screen of Marshal Kim Jong Un and his meetings with the leadership of South Korea and the positive message of reunification. Unsurprisingly, the crowd were on their feet and going crazy by this point.

It is quite hard to review what is perhaps one of the greatest shows on earth. I could go scene by scene but it would not do the show justice, so I’ll simply summarize that Glorious Fatherland as the greatest Mass Games incarnation yet, and though it is unlikely that Marshal Kim Jong Un will appear at the event again, the only way to experience it is to come and watch the show in person. We are hopeful that it will be a yearly event, but as of now, it is merely confirmed until October 10th this year.

See the Glorious Fatherland performance while you can!

To join a trip to see the “Glorious Fatherland” Mass Games check out our link.

For more information about th