Colombia has had a hell of a recent history. From the end of the 1940s to the beginning of the 1950s there was even a few years known simply as “La Violencia” – the Violence. So you might ask – is travel to Colombia safe?

But in more recent times the conflict between the government, left-wing rebels the FARC, and right-wing paramilitaries wracked the country for decades, especially in the 1990s.

If that wasn’t enough, the country was also a centre of drug production and the beginning of the trade to North America and Europe, with the infamous Pablo Escobar known as “the King of Cocaine”. Partly because of politics and partly because of the drug trade, and not to mention the rather large rate of kidnappings, most of Colombia was basically a no-go area for tourists…until recently.

So, is travel to Colombia safe? 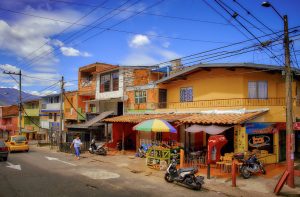 Well, like anywhere you have to have your wits about you and do all you can to not make yourself a target for petty crime. It’s not clever to wander off in the city, away from tourist areas to places you know nothing about. Check with your travel company or locals about which areas to stay away from, don’t flash valuables about and be careful for people spiking drinks.

It is best not to take unregistered taxis, which is how a number of kidnappings have taken place in, as the drivers basically set it up.

The number of kidnappings is down hugely though, but it is definitely not recommended to go to border areas (with Venezuela or Ecuador) where drug trafficking and related violence are more common. YPT does take you to places your mother doesn’t want you to go to, but we don’t take you into the middle of a drug war!

Let’s save a special mention for the city of Medellín, a notoriously violent place during the 1980s and 1990s where political rivalries spilled out (literally) onto the streets and from where Pablo Escobar ran his cartel.

And for the good news? 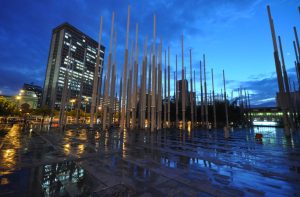 Well, the good news is that since the Colombian government and the FARC came to a peace agreement in 2016 (signed in Havana), kidnapping and other crimes have gone down considerably.

Even Medellín has left its violent past behind, becoming the most innovative city in the world as judged by the Urban Land Institute.

This makes it the perfect time to join YPT in possibly South America’s most amazing country!

Join us in May or November.

The tour can be done on its own or in combo with Cuba!

.
< PREVIOUS
Bukhara: The best city in Uzbekistan
NEXT >
How Do I Get To South Ossetia?