What’s the best North Korean movie? This is not necessarily an easy question to answer, but something that often surprises visitors to the country is that the DPRK has a very well-developed film industry with a storied past.

The primary producer of films in North Korea is the Korean Film Studio, which opened in 1947 and is nestled just outside of Pyongyang. It’s possible to visit on our tours to get an inside look at the sets and filming process.

North Korean cinema gives a fascinating and unique insight into the country’s culture and a way to go back in time and see how the country has developed through the years.

In our humble opinion, these are the best North Korean movies and the perfect way to introduce yourself to the fascinating world of North Korean cinema. 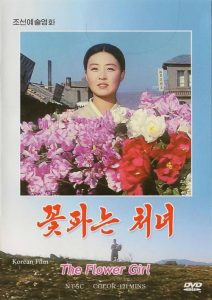 An absolute classic, and very identifiable as a North Korean movie. The story was created by President Kim Il Sung during the anti-Japanese struggle and was adapted to the big screen in 1972. The film tells the story of Kkotpun, a poor girl in a rural city in Japanese-occupied Korea who sells flowers in an attempt to pay for her mother’s medical bills. Immensely popular to this day. This film also found success on the international stage with a popular following in China, and even won the 18th Karlovy Vary International Film Festival in the Czech Republic – the first time a North Korean film had won an award on the international stage. This film also cemented Hong Yong Hee (the lead actress) into one of North Korea’s most identifiable film stars, landing her on the one-won banknote.

Give it a watch here with English subtitles. 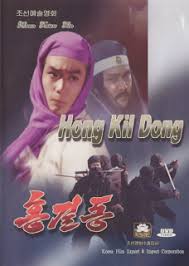 Based on a Korean book written in the 16th century, this 1986 North Korean film is one of the most recognizable martial-arts films from the country. It tells the story of Kil Dong, the illegitimate son of a nobleman and a housemaid who is not recognized by his father and despised by his father’s wife. He is forced to leave home and is attacked by bandits, but luckily is saved by your classic old-school martial-arts master who then teaches him to fight. The rest of the film is precisely what you would expect from a martial-arts movie with some excellent fight scenes and exciting cinematography. 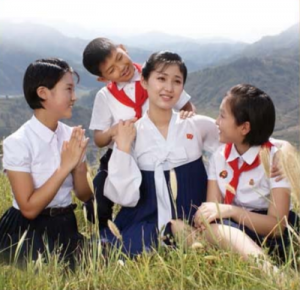 Produced in 2016 by director Ri Yun Ho and starring Paek Sol Mi, this blockbuster film tells the story of Jong A, an 18-year-old girl who cares for three orphaned children and eventually dedicates her life to helping orphaned children, which earns her the title of “Child Mother” from the State.

Based on a true story, this is by far the most cinematic and well-edited North Korean movie, and is in a league of its own in terms of production quality.

The film was awarded the top prize in the 15th Pyongyang Film Festival.

2. A Promise Made in Pyongyang 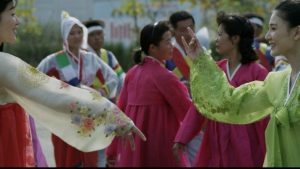 A co-production between China and the DPRK, this film tells the story of Wang Xiaonan, a top dancing student in Beijing who performs at a Korean dance competition but places 10th, much lower than her potential. After the competition ends, the headmaster of her school suggests she goes to Pyongyang to experience the “soul” of Korean dance first hand. In Pyongyang Wang is deeply moved by the Korean people and befriends a local Korean dancer who takes her to see the Mass Games performance.

Worth a watch due to its a fascinating look into the relations of the PRC and the DPRK. This North Korean movie, being a joint production, used some of the most modern camera equipment available, and Pyongyang looks absolutely stunning in the scenes of the movie. 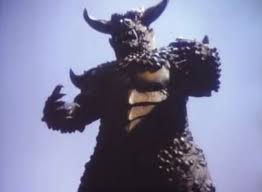 Maybe the most recognisable North Korean movie beyond its borders, this Godzilla knockoff has maintained a hardcore cult following since its release in 1985.

Taking place in medieval times, this film tells the story of a group of villagers who are oppressed by the corrupt governor and, later, the equally corrupt king.

A blacksmith who has been imprisoned makes an effigy of a monster which then comes to life, destroying everything in its wake.

Partially filmed in Beijing and made with the help of technicians from the Toho Studios in Japan, this is a fun watch and a very non-political movie where a giant monster powered by metal destroys a corrupt monarchy and then inadvertently oppresses the people he helped liberate. Yup, nothing political here.

To get a first hand look into the North Korean Film Industry join us on  our Pyongyang International Film Festival Tour this September. Contact us for more details