What would end up being YPT’s last tour in Afghanistan was actually a last-minute decision and one of the luckiest I’ve ever made. North Korea was the original destination which I had booked for April 2020 but due to Covid-19, that trip was cancelled. Not giving up easily, I got on the hunt for an alternative destination. With short notice, my options were limited but I found we had an Afghan embassy here in Australia which could issue me a visa in under two weeks. With that out of the way, I booked a tour plus flights and poured a celebratory drink.

Fast forward to March 2020 and Covid-19 was starting to swing into full-force. Countries began closing their borders and the Australian government was ordering all its citizens to come home. With the world slowly descending into chaos, I decided to go ahead with the trip as my thoughts were I’d rather go out doing what I love than being at work.

I had to transit via Dubai so the night before the flight, I checked the UAE entry requirements – all good. The morning of departure – all good. Arrival at the airport check-in line – all good. Arrival at the counter – Not good. The UAE had closed its borders but after a quick talk with the Emirates staff and a phone call to Dubai’s airport, they agreed to transfer my luggage straight to Kabul and I would just sleep at Dubai airport that night as my connecting flight was within 24 hours.

Fast forward the 14+ hour flight to Dubai, the 20-hour layover in Dubai airport, the news that my YPT guide was stranded in Singapore due to the Covid-19 situation, the copious amounts of alcohol I consumed to calm the nerves, I finally board my flight to Kabul. As always with a new destination, I was worried that I’d stand out but it turned out there were a lot of westerners on the flight. Maybe they were military, maybe they were NGO workers, I’ll never know but it eased the nerves.

Arrival in Kabul was a relief. A quick temperature check to make sure I didn’t have a fever and off I went. After going through immigration, I was met by local guide Mahdi and fellow traveller ‘M’ from Germany. The group was meant to be bigger of course but many were caught up in the border closure mess. ‘M’ and I continued to our guest house and got familiar with our surroundings.

The next few days we ventured around the various sights of Kabul such as the Karte Sakhi Shrine and Karte Sakhi cemetery, the Ka Faroshi bird market, Bagh-e Babur or Gardens of Babur and my personal favourite, Bibi Mahru hill which offers a stunning view of Kabul.

Our next destination was a flight to Mazar-i-Sharif which we would also use as a base to explore Samangan and Balkh but before we go there, a quick side-story as things get interesting here. Dubai has just announced it is closing its airport soon to all transit which meant my original plan to go home was now cancelled. After a quick search, my option is to go home via DXB, MCT, DOH, and finally SYD. This route was very expensive and then there was the risk of an airport closing along the way leaving me stranded in another airport. The decision was made to continue with the tour and enjoy the ride. Intrepid or stupid, I’ll let you decide.

Mazar was a fascinating place with many beautiful sights. My favourite being the Rawze-e-Sharif shrine or Shrine of Hazrat Ali. Notable mention was the local gun shop where you could purchase everything from AK-47 assault rifles through to small hand-pistols from Pakistan. Very cool and a stern reminder of where we are.

Samangan was next and the Stupa of Takht-e Rostam would be the highlight here. The stupa is carved from the bedrock and features a network of caves and chambers which was keeping the local kids entertained. If this wasn’t enough, the area also had a small fairground consisting of children’s rides including a decently sized Ferris-wheel. Not what I was expecting to see but a pleasant surprise.

On to Balkh. Here we visit the Noh-Gonbad mosque which is thought to be the oldest Islamic building in the country. The guards here were very welcoming inviting us for tea and even letting us have a cheeky photo with their guns (unloaded of course)! While chatting, we are introduced to a guy I will just call “Hash Man”. This fella had the hash pipe to end all has pipes and was more than happy to pose for a photo. Legend!

Back to the airport and this time to board a flight to Bamyan aka Bamiyan aka Bamian. Famously known for its giant buddhas which were destroyed by the Taliban in 2001, this district would be my overall highlight of the trip. The mountains in this area and around Band-e Amir National Park are just spectacular. Special mention to Darya-e Ajdahar or the Valley of the Dragon.

It’s here where things take another interesting turn as our guide receives a call saying our flight back to Kabul has been cancelled due to weather. We question this as the forecast is perfect at both ends and it was even snowing when we landed in Bamyan leading us to believe that a lockdown of Kabul was imminent. After a discussion it was decided that we hire a vehicle and make the way back to Kabul by road.

Flying is always the preferred option when travelling around Afghanistan as the Taliban control many road checkpoints but at this point, we were prepared to take the risk. With our local attire and protective face masks to help us blend, multiple driver and vehicle swaps, and an extra-long but non-direct route, we made it back to Kabul. The next day we went into lockdown.

While we didn’t get to see Panjshir Valley, we are satisfied and thankful to have seen what we have seen. With all flights in and out of the country grounded, ‘M’ and I contact our embassies to let them know our situation and get settled in for the long haul. To our surprise ‘M’ receives an email from his consulate for a military evac flight within a couple of days. This would take him to Europe where he could then take a commercial flight back home. I was now on my own.

The next month was simple, slow and relaxing. I’d sleep-in, chill in the courtyard with the local dogs and cats, sit on the rooftop and watch the kids fly kites in the afternoon, and do the odd trip to the bank and convenient store. By this point I was institutionalised. I had filtered out the constant noise from military helicopters flying overhead every 30 minutes and the occasional explosion from Taliban attacks.

I won’t bore you with the details but eventually an email would come through for an evacuation flight to Qatar where I could take a commercial flight back to Australia. The trip back home was just as stressful as the trip away as Kabul airport had the most security checks I’d ever experienced. There was a moment at immigration also as I had multiple visas in my passport due to the extended stay.

After a suspensefully late departure, my plane was in the air and headed for Qatar where I’d have a 12-hour layover to chat with some of the others on board. It turns out my flight had Australia’s deputy ambassador on board (shoutout to Mr Truswell for the chat), two of his office staff, and six security staff. 14-hours later we touched down in Sydney and were welcomed back to reality.

It’s been 16 months since I did this trip and the Taliban have just taken over Afghanistan again. There were plans for me to go back and visit the friends I had made as well as explore other parts of the country but I fear I won’t be able to do this anymore. I’m still incredibly grateful to have had the experience I had and wish all the best for the people of Afghanistan. Please stay safe. 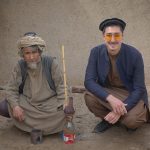 Mikhael is a YPT super-fan and focuses his travels mainly through Asia and the Pacific from his home base in Australia. He is passionate about North Korea having taken multiple trips there.

.
< PREVIOUS
Russia to open to tourism by August 9th – with multiple restrictions
NEXT >
Everyday life in the northern most city in the world – Longyearbyen