How to Survive as a Vegan in Cuba

Despite what you may have heard about Cubans surviving on meat & cheese, there are actually great vegan foods to be had on your upcoming trip to Cuba. I will warn you that spices haven’t really made their way to the island, so the food doesn’t have very bold flavour. Get creative with what’s available (Salt? Limes? Hot sauce was often unavailable). 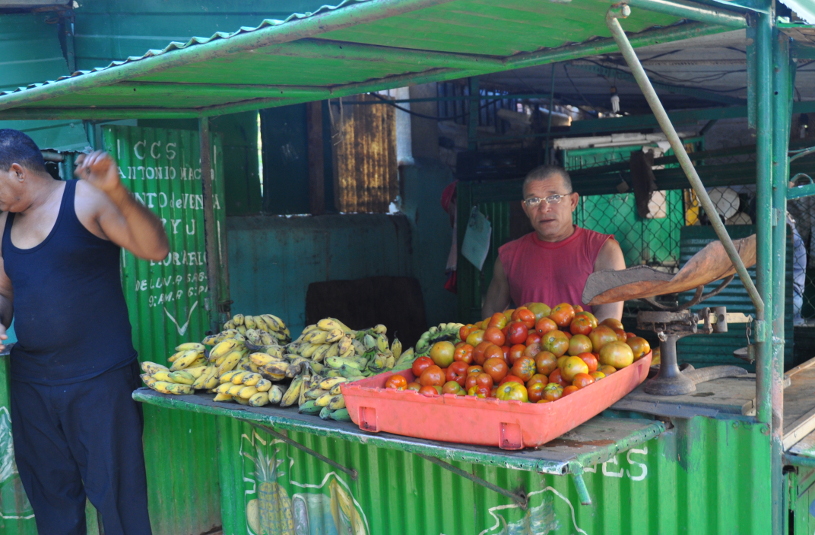 Unfortunately, most vegetarian restaurants in Cuba (especially in Havana) tend to close down, move often, or just simply become a normal restaurant. Keeping track of them is hard, and Happy Cow is often outdated on the location of vegetarian places in Cuba.

The only place in Havana known to have the word ‘vegan’ on the menu is Café Bohemia, at Plaza Vieja. They have pasta, hummus, veggies, and even fresh fruit juices & smoothies. The owner is very familiar with the concept of veganism.

Aside from this, if you’re looking to eat & play like the locals in Cuba, you’re in luck that TONS of Cuban food is or easily can be vegan. Depending on the time of year, fresh fruits & vegetables are abundant in different tastes & offerings, so look for these. Fried plantains are a staple of the Cuban diet, and they’re delicious! Get fruits & veggies from a local market to have as snacks. 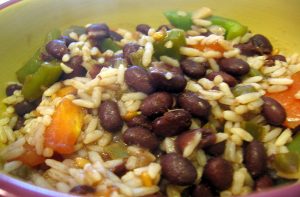 Bread is another staple of the Cuba diet, and most of these are vegan simply for the fact that this requires fewer ingredients. If in doubt, stock up at a local bakery, in case you need it later.

Another very common dish that you can get at nearly all local restaurants (pro tip! You don’t want to eat at the tourist restaurants. They’ll set you back well over 20x what the restaurants cost where locals eat. Ask for ‘restaurantes pesos’ or ‘el peso’ will sometimes help the person understand. If you ask for a restaurant or even ‘where local people eat’ they’ll think you want just Cuban food and send you somewhere touristy/expensive) is beans & rice. It’s cheap, it’s filling, and I really happen to like it, so dig in. A ‘plate of the day’ at many of these ‘peso’ restaurants will cost you that: 1 CUC ($1 US). It’s a deal! You’ll get some rice & beans plus maybe some pasta or vegetables or sliced fruit. You may also find lentils & salad rotated into this sometimes.

Speaking of common foods, pasta (noodles, tomato sauce & cheese on top) & pizza (obvious) can be easily made vegan at ‘peso’ restaurants, so you’re not eating the same thing 3x a day.

A new & tourist-priced restaurant in Havana is California Café. It combines American & Cuban foods, and you can supposedly get a veggie burger here. I haven’t confirmed this myself, though.

Outside of the capital, expect much less geared toward tourist tastes, so don’t expect veggie burgers. However, the other rules still apply, and you can find abundant food for very cheap. When ordering beans, it’s always good to check if they have ‘cerdo’ (pork) or ‘carne’ (meat) in them. Often, they don’t, because restaurants don’t want to give this away for free without charging, but it doesn’t hurt to ask.

Other good foods you can find in Cuba:

Knowing some basic Spanish will get you REALLY far with vegan food in Cuba, because the non-tourist restaurants will require it to make any changes to an item. Don’t expect foreign languages to be spoken in abundance anywhere that isn’t chock-full of tourists. Learn some Spanish, find a friend who knows some, or bring a translator app to make things smoother.

If all else fails, you now have enough information to make some sandwiches to carry around on your upcoming trip.

I love Cuba, and I love Cuban food. With a little effort, it’s fantastic for vegans.

Join Young Pioneer Tours on a trip to Cuba this year!