Whether you’re new to China or not, here is our quick guide to visiting Harbin during winter and exploring the Ice & Snow Sculpture Festival.

What is the Harbin Ice Festival & Harbin Snow Sculpture Festival?

Quite simply: the world’s largest and most famous ice & snow sculpture festival in the world, with ice sculptors attending from all over the world and attracting over 20 million local and foreign visitors. Don’t let those numbers scare you off! These festivals are held on over 600,000 square meters of land, leaving you with plenty of room to move around and escape the crowds. 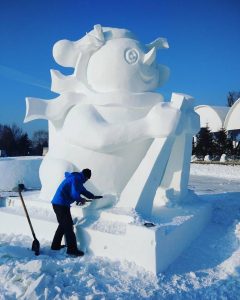 Where can I find the Harbin Ice Festival & Snow Sculpture Festival?

Both festivals are held on Sun Island in Harbin city – the capital of Heilongjiang province – which is located in the far northeast of China.

When is the best time to visit the Harbin Ice Festival?

From the end of December to the end of February of each year. Sometimes the festivals can be extended or shortened depending on the weather.

We recommend visiting the Ice Festival during the evening as the giant frozen castles, bars, restaurants igloos, massive ice towns, ice-slides and ice-skating rinks are all lit up with coloured LED lights and fireworks throughout the night.

The Snow Sculpture Festival is something we recommend exploring during the day; the intricate designs of the sculptures can be better seen and appreciated in the daylight hours. This includes over a thousand spectacular sculptures, and hundreds of unique snowmen. 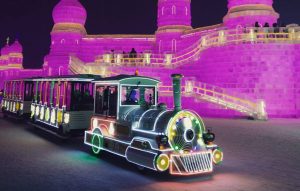 How much is the entry fee?

Both events cost 330 Chinese Yuan per adult or 200 Yuan for students.

What to do to make the most out of your visit in Harbin?

Harbin has been the focus of power struggles for thousands of years between the Japanese, Koreans, Chinese, Mongolians, and Russians. Harbin itself began as a Russian city. Most of the streets downtown are lined with Baroque architecture.  Some of the major sights include Central Avenue, Stalin Park, Saint Sophia Church, Heilongjiang Provincial Museum, Siberian Tiger Park and Unit 731. 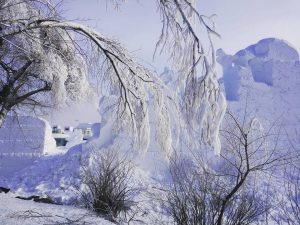 Located just outside of Harbin is Unit 731, a Japanese covert biological and chemical warfare research and development facility that conducted inhumane experiments on over 10,000 Chinese, Soviet, Korean, and Mongolian civilians as well as Allied prisoners of war. The museum recently built on the former facility grounds shows exhibits and records of what the Japanese did – and tried to hide – come the end of World War II, and the outcome of the Americans wanting to downplay the war crimes as communist propaganda. 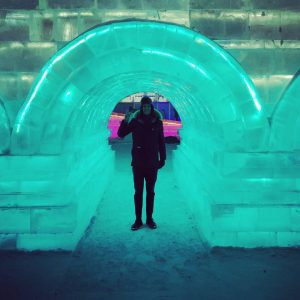 What to eat in Harbin?

Due to the Russian influence on the town you can expect to run into a few Russian restaurants here and there. Most of them are for the tourists that flock to the city during the winter time. Our personal favourite is the Tieguodun (铁锅炖) located at 平准街38-14 served by 豆角盖被小锅烀饼 restaurant. The total cost is about 250RMB.

It’s a giant iron pot built into the table with a woodfire placed underneath to help defrost your ass and legs from the -30 Celsius degrees temperature outside. Potato and beef are placed inside the pot with bread dough surrounding the outer edge. Let is sit for about 45 minutes whilst you sink back a few beers and voila! The best damn beef stew you’d find between here and Moscow. 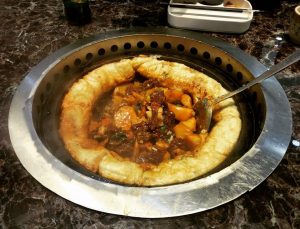 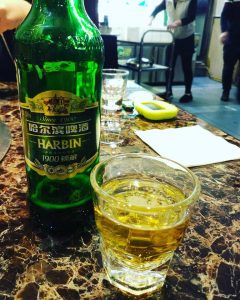 How to keep warm in Harbin?

Apart from warming yourself up at a woodfire, we also recommend visit any of the saunas littered around the city. Expect to don your birthday suit and be separated by gender. Saunas, steam rooms, spas, massage and scrubbings are the default in Harbin. After you’re finished, chuck on a robe and be reunited with your better half for food, cinemas, beers or a foot massage.

How to get to Harbin?

Harbin is easily accessible by high-speed rail, overnight sleeper trains or flights from most major cities in China.

What is the best way to see Harbin and the Harbin Ice Festival?

We can arrange your 1-day or 2-day guided tours around Harbin including transportation. This is by far the best way to see it, with our guides fully explaining the history and culture of the city for your edification. 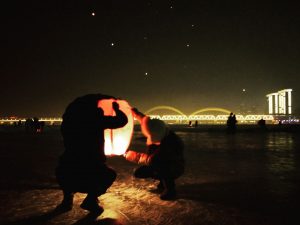 Rowan is a tours manager for YPT. His first visit to North Korea was back in 2012 and was previously based in Asia for over 10 years with 100+ visits to the DPRK. He is currently residing in Abu Dhabi leading tours in Africa, Eastern Europe and the Middle East.