I moved to China in the summer of 2006, largely because I’d always loved visiting new places and because my previous job of ‘debt recovery agent’ (the phoning people up and threatening legal action kind, not the door-kicking kind) was absolutely terrible. It didn’t take much persuasion to up sticks and give the Middle Kingdom a go.

Ironically, as the years went by I’d found that I’d traded in one office job for another, just in a different country. I did very little travelling and had only visited a handful of other countries.

Last year I had something of an epiphany whilst teaching a group of surly teenagers on a Saturday night; they didn’t want to be there and I wanted to be there even less. I therefore quit my job, took up a friend on his offer of working for YPT, and relocated to the south of China. Since then, I’ve visited more countries in the past ten months than I have the rest of my life combined. 2018 was a year of many firsts.

2019 has continued the trend, and for the first time I got around to visiting Vietnam, a country that I really should have visited sooner (given that it’s right next door). I wasn’t really sure what to expect from the country, given that the sum total of my knowledge was derived from Platoon and Casualties of War.

Here are my thoughts as a first-time visitor. 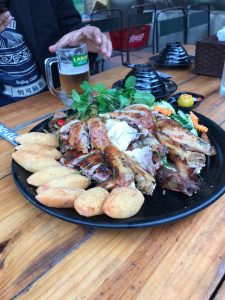 China has, alongside its neighbour Japan, largely avoided the taint of colonialism that has affected so many other places across Asia. Not so in Vietnam, once colonised by the French. Their influence can be felt in the architecture, cuisine and even the language (I’m no linguist, but the Vietnamese word for ‘bread’ (banh) and the French word (pain) seem closely related). It makes for a striking Gallic-influenced cityscape and a cuisine that bears little resemblance to that of its gargantuan northern neighbour – where in China, for instance, can you get any local cuisine that features butter as standard? 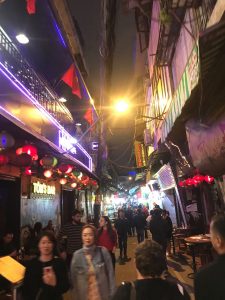 China is pretty cheap, outside of the tier-1 cities of Beijing and Shanghai – at a local restaurant, for instance, a beer might run you 5-6 kuai (USD 0.90).

Vietnam blows this out of the water – at a street-side restaurant, expect to pay around 5000 dong. Sounds like a lot, but is in fact around USD 0.20.

If you’re looking for some of the verve of Thailand without the price, what I’m saying is maybe give Vietnam a go.

Train is the only way to travel

Vietnam is not a large country, exactly, but it is a long one. The two ‘main’ cities – Hanoi and Ho Chi Minh City/Saigon – are roughly 1700km apart, and will take you a whopping 36 hours by train.

So yes, I may have said up above that train is the only way to travel, but I wouldn’t recommend doing it non-stop. Break the journey up with a stop in Hue or Nha Trang – from Hue, for instance, it’s 24 hours to Saigon and 12 to Hanoi.

Given how insanely cheap everything is in Vietnam, don’t skimp on comfort on the trains. Get a first-class sleeper – they’re as luxurious as you’re gonna get on a Vietnamese train, and it’s really not worth saving a buck to take a hard seat. Trust me.

Saigon and Hanoi are chalk and cheese 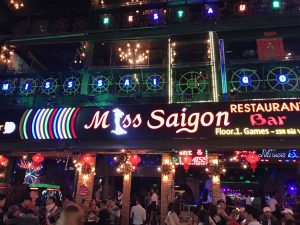 I knew very little about Vietnam before I went, but even I’d heard of these two cities. Beyond their names, however, I knew nothing about them.

After having visited both, the distinctions are a little clearer. Hanoi is positively sleepy compared to its southern counterpart: bars close early, there’s much less of a raucous red-light scene, and it’s generally more laidback. 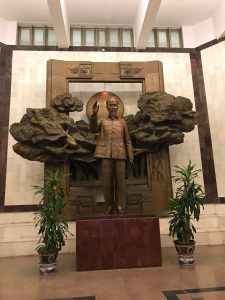 Saigon, on the other hand, is more like a Vietnamese Vegas. I’d say it’s the sleaziest place I’d ever been, but I’ve since visited the Philippines so we’ll have to settle for second-sleaziest. Saigon’s red-light district is good and replete with lady bars, and not five seconds goes by without one of said ladies grabbing at your arm and attempting to steer you into her place of employment for a ‘massage’. Something about their demeanour and apparel led me to believe that there’d be more on the menu than a massage.

Vietnam is well worth a visit 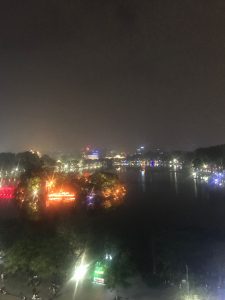 All told, Vietnam is an interesting country with a great deal of variety. The friend with whom I travelled described it as a ‘budget Thailand’, which seems to sum it up pretty succinctly. There’s plenty in the way of beaches and partying, but at a fraction the price of other places. If you’re China-based, there’s no reason whatsoever not to give it a go.

Check out Vietnam yourself on our Vietnam and South-West China tour!

.
< PREVIOUS
The history of the Cutud Lenten Rites
NEXT >
Children’s Day in North Korea