Welcome to the Egypt Travel FAQ. Young Pioneer Tours currently leads two group tours a year to Egypt and specializes in unique off the beaten path independent tours to the country

While Egypt is famous for its pyramids and deserts, the country is filled with amazing experiences. Just as the experiences as many and varied, so are the questions relating to them.

Our Egypt group tours are inclusive of comfortable accommodation on a twin sharing bases and camping in a few spots.

We can arrange accommodation to match your specific preferences and budget on an independent tour of the country.

How should I dress?

Egypt is known for being very tolerant compared to some other countries in the region. Women and men equally have been allowed to wear anything from burkas to jeans. However, having a conservative Muslim majority population (and the rest of it being Coptic Christians) we suggest to dress modestly. This would generally mean that men should wear a t-shirt and jeans and refrain from wearing shorts except at the beach. Women on the other hand should wear long-sleeved shirts and loose trousers or long skirts.

Nearly 99.3% of women have experienced sexual harassment in Cairo. So while modest clothing might reduce unwanted attention, it does not spare you completely.

How much will I spend in a day?

Egypt often ranks among the world’s cheapest countries for travellers and is seen as very affordable to international tourists. YPT tours to Egypt cover accommodation based on twin-share basis, transportation, breakfast and lunches – so the only real cost would be on dinner, drinks and personal spendings!

Make sure you check out local street vendors for their interpretation on the famous foul or ta’miyya sandwiches – for as little as 5EGP (roughly 0.30USD).

Which plugs are used?

The supply voltage is 220V and the two-pin round plugs generally seen around Europe work perfectly anywhere.

Can I get a sim card in Egypt?

Sim cards are readily available virtually anywhere; whether in the city centres or at airport terminals. The vendors are generally very accommodating in terms of agreeing on a plan that works for you. Be aware of the prices and ask to see an official list so as not to pay too much.

Is Egypt good for vegans and vegetarians?

A big yes! In fact, most local delicacies are either vegan or vegetarian. Make sure you try Foul medammes, ta’miyya, bisarra, koshari (all vegan) or fatteh, fattoush and mahshi.

Please note that Egyptians are not used to the notion of veganism or vegetarianism and will often think that poultry and fish is okay. Therefore, try to be specific about your diet before ordering. No need to worry about offending anyone – Egyptians are known for their willingness to please their guests.

Is it safe to travel to Egypt?

Egypt’s biggest revenue comes from the tourist industry and the government does its utmost to ensure the safety of travellers. There is tourist police in most major cities where tourism is a big industry. Like anywhere, people may be victims of petty crime although most often these incidents are not violent.

The cities along the Nile and areas around Sharm el-Shaikh are considered safe with rare occurrences of terrorist related attacks. As always we suggest checking with your own government advice before travelling to Egypt.

Is it safe to travel to Egypt as a woman?

Female travellers should be aware of the high frequency of sexual harassment. There are several measures in effect to reduce unwanted attention. For instance, the 4th and 5th cars of Cairo Metro trains are reserved for women who do not wish to ride with men in the same car.

Most places accept the use of cards but it is still not as widespread as in Europe. There are ATMs at almost every street corner where you can take out Egyptian pounds. Smaller restaurants, shops or stalls usually do not take cards and big bank notes. Try to exchange big bank notes to smaller ones in taxis or supermarkets – they come in handy when tipping for services!

Do I need a visa to travel to Egypt?

Check with your local embassy. There are currently 46 countries that can apply for a visa upon arrival in Egypt. These include: all countries in the European Union, Canada, Japan, Macedonia, New Zealand, Russia, Ukraine, Australia, Georgia, South Korea, Malaysia, Serbia and the United States.

The visa fee is 25USD paid in cash and is valid for up to 30 days. It must be renewed when re-entering the country.

Is there anything I should be careful about in Egypt?

Seeing as most of the population are either Coptic Christians or Muslims, travellers are advised to show respect towards local customs. For instance, it is not advisable for couples to show affection in public. Married couples may be seen holding hands in public but do not kiss.

A rule of thumb when meeting someone of the opposite sex is to allow them to greet you in their preferred manner.

Can you purchase alcohol in Egypt?

Cairo has a big nightlife scene but one should not appear drunk in public. Alcohol is readily available outside of international hotels and bars and may be purchased at Drinkies or on food-ordering apps such as Uber Eats and Otlob. Drinkies also offer delivery to your doorstep.

Like in many countries around North America and Europe a 10% tip is greatly appreciated. This is not a rule, however, and it is just as easy to round off the total.

Click here to go back to our Egypt Guide 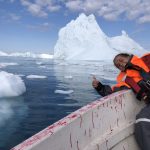 .
< PREVIOUS
From Koryo to present day Korea
NEXT >
Egypt Language