Every year the CIA goes through a declassifying period, which two years ago led us to write a great blog about the 7 best declassified Soviet jokes! As it seemed to give the masses their laughing jollies, we’ve decided to throw some jokes from the old DDR – the German Democratic Republic!

Jokes mostly focused on poking fun at typical Soviet shortages, the inefficiency of socialism, and the dreaded Stasi (the East German secret police).

7) The finer points of socialism 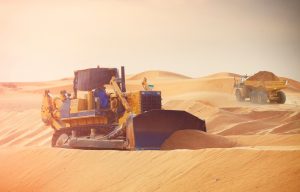 What would happen if the desert became a socialist country?

Nothing much for a while, and then the sand would run out.

6) At the speed of Communism A citizen orders a Trabant* car. The salesman tells him to come back to pick it up in nine years. The customer asks:

“Shall I come back in the morning or in the evening then?”

“No, not at all. It’s just that I need to know whether the plumber can come at 3pm or not.”

*The Trabant was the iconic car produced in East Germany, renowned for its scarcity.

A man driving a Trabant suddenly breaks his windshield wiper. Pulling into a service station, he hails a mechanic.

“Wipers for a Trabi?” he asks.

The mechanic thinks about it for a few seconds and replies: “Yes, sounds like a fair trade.”

4) What’s the difference between capitalism and socialism? Why do the Stasi work together in groups of three? — You need one who can read, one who can write, and one to keep an eye on the two intellectuals.

2) Always sunny in the DDR Early in the morning, Honecker* arrives at his office and opens his window. He greets the sun:

Honecker works, and then at noon he heads to the window and says:

In the evening, Erich calls it a day, and heads once more to the window, and says:

The sun retorts: “Kiss my arse. I’m in the West now”

Brezhnev* is asked what his opinion of Honecker is: “Well, politically – I don’t have much esteem for him. But he definitely knows how to kiss.”